A new star is born after Cypriot Michael Georgiou was crowned the winner of snooker’s most controversial ranking event, 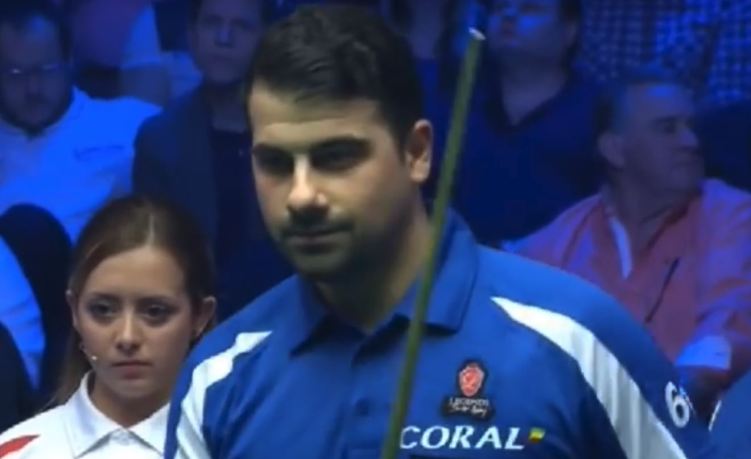 World number 73 Georgiou lifted his first ranking title of his career and celebrated with his family after winning the Snooker Shoot Out in dramatic fashion on Sunday night.

The 30-year-old beat Graeme Dott 67-56 in what was described by ITV4 pundit Neal Foulds as the best ever Snooker Shoot Out frame in history.

Georgiou, who also made the highest tournament with a breathtaking 109 in the quarter-finals, looked a certainty for the title when he cruised into a 61 point lead in the final.

But a missed black off its spot allowed Dott back onto the table with still plenty of time left on the clock to launch a dramatic comeback.

And fightback he did as the former world champion came within just two pots from clinching the title but sensationally missed the final pink to the middle pocket when he looked a certainty to pot it and get position on the final black.

After a brief safety exchange Georgiou then potted the pink with just seconds left to spare to clinch the match and a memorable first ranking title.

Georgiou collected a cheque for £32,000 – his biggest pay cheque yet since turning professional around ten years ago. Remarkably before this tournament he had never reached beyond the last 16 of a ranking event.

The life-changing victory means Georgiou will also play in next week’s World Grand Prix and will be high in the running for a guaranteed place in next year’s Champion of Champions.

Defeat for Dott means he has now suffered losses in back-to-back ranking finals, following his run to the German Masters final last week.