World Snooker chairman Barry Hearn says players are not allowed to drink water from glasses in some tournaments due to “health and safety rules”.

Players were seen drinking from plastic bottles during the recent UK Championship at York’s Barbican Theatre,

But TV coverage of players “swigging” from plastic bottles has led to criticism from environment campaigners.

Environmental campaigning website ‘Blue Planet Society’ has called for snooker bosses to remove the plastic bottles  – claiming it is not good for the environment. 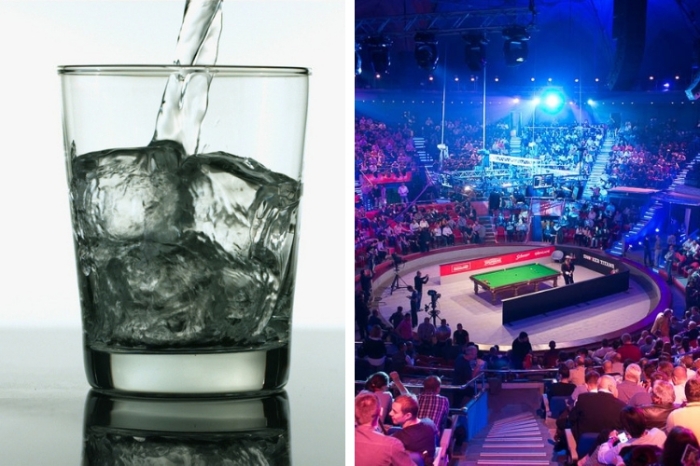 In a tweet to Hearn the society said: “Showing @Ronnieo147 and others swigging from single use plastic bottles on prime time BBC TV isn’t exactly helping the #StopPlasticPollution cause.”

Surely this can be solved @BarbicanCentre? Showing @ronnieo147 and others swigging from single-use plastic bottles on prime time BBC TV isn't exactly helping the #StopPlasticPollution cause. #plasticpollution

Hearn previously tweeted the campaign group saying that the reason why glasses could not be provided for players was because of “health and safety rules”.

And Hearn added that the decision to use plastic bottles rather than glasses was taken from the venue management – not World Snooker or sponsors involved.