HAS Stuart Bingham found his golden form back just in time ahead of the defence of his memorable World Championship title last year?

Well it appears so after the Crucible champion beat World Grand Prix defending champion Judd Trump to reach the quarter-finals of the new ranking event. 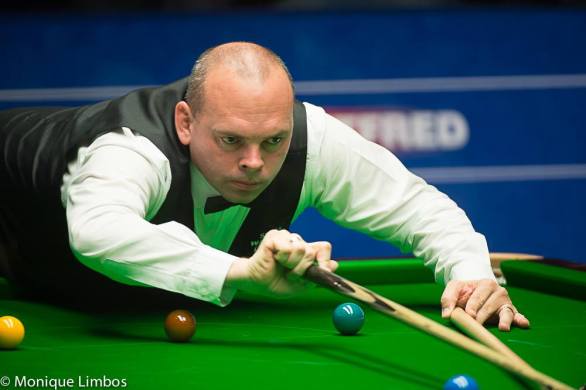 The 2015/16 season so far has been somewhat of a struggle for Bingham who has failed to recapture the form which made him became snooker’s latest world champion almost twelve months ago.

Semi-Final appearances at the Shanghai Masters and The Masters have been the only highlights of a struggling campaign so far for the Basildon man  who has suffered several first round and early exits throughout the season.

But now Bingham is just three more wins away from winning another tournament having beat an off-colour Trump to make the last eight.

Elsewhere on the tournament’s third day Thailand’s Thepchaiya Un-Nooh hit back from 2-0 down to beat Mark Allen and Ding Junhui boosted his chances of getting a guaranteed Crucible spot beating Peter Ebdon 4-0.

Ding’s chances of making the all-important top 16 ahead of the world championship were also  increased later in the day when rival Kyren Wilson lost out 4-1 to Joe Perry.

Michael Holt was unable to follow up his stunning first round win over pre-tournament favourite Ronnie O’Sullivan as he fell to a 4-2 loss to UK Championship finalist Liang Wenbo.

And Ali Carter had a good day beating Tom Ford, who knocked out world number one Mark Selby 24 hours earlier,