WORLD number one Mark Selby became the latest star to have suffered a shock first round exit in the World Grand Prix. 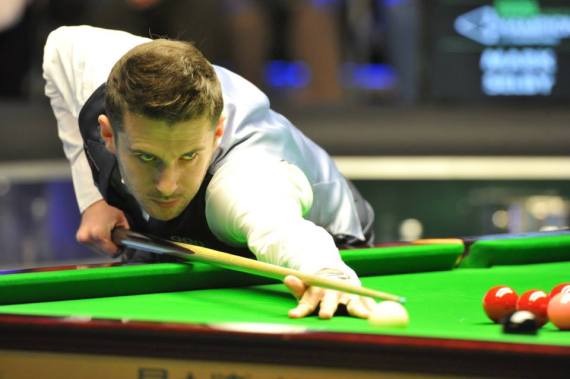 Ford, who is also from Selby’s hometown of Leicester, impressed to claim a 4-2 win over one of the pre-tournament favourites.

“I felt relaxed tonight because Mark and I grew up together so I didn’t think of it as playing the world number one,” Ford told World Snooker’s website.

“I played well and Mark missed a few. It’s up there with my best wins of the season. Mark was due to get me a ticket to see Leicester play Newcastle on Monday but I’m not sure he will now!”

Elsewhere, Stuart Bingham had reason to smile after he gained an impressive 4-1 win over David Gilbert.

Bingham, who has not won a title since his memorable Crucible triumph almost a year ago, will next face defending champion Judd Trump who beat Mark Williams 4-1.

Shanghai Masters winner Kyren Wilson boosted his hopes of securing a guaranteed top 16 spot in the World Championships with a 4-2 win over Welshman Jamie Jones.