Mark Allen will have to rely on other results to go his way if he is to be guaranteed a place in this year’s World Championship. 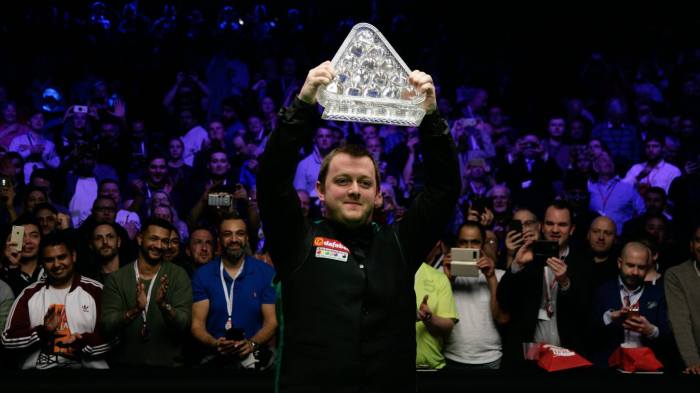 This year’s Masters winner lost out 6-5 to Mark Williams in a thrilling contest – a loss which places some uncertainty regarding Allen’s world ranking position come the close of the China Open.

As is tradition, the world’s top 16 following the conclusion of the China Open qualify for the main World Championship draw at Sheffield’s Crucible Theatre.

Despite today’s defeat Allen is currently ranked 16th in the world in the latest provisional seedings list – a position which would secure him a place at the Crucible when the World Championship gets underway in three weeks time.

But with a mega £225,000 up for grabs for the winner of the China Open – there are still two players who could leap frog Allen and place themselves in the world’s top 16 before the World Championship qualifiers get underway in less than a week’s time.

Allen now has to rely on hope as should Jack Lisowski or Tom Ford go all the way to the £225,000 top prize in Beijing that would knock Allen out and leave him facing the dreaded qualifying rounds. Should he lose one of three qualifiers it will mean that this year’s Masters winner will not take part in the World Championship.

Lisowski built on his fine win over John Higgins on Wednesday by beating Gary Wilson 6-2 to reach the China Open quarter-finals. He will next face Kyren Wilson who came back from 4-2 down to beat China’s number one star Ding Junhui 6-5.

Meanwhile, world number one Mark Selby showed more signs he is returning to form after a difficult start to 2018 by reaching the quarter-finals in fine style beating Lyu Haotian convincingly 6-1

And World Grand Prix finalist Barry Hawkins produces a brilliant fightback when all looked lost as he hit back from 5-2 down to pull off a sensational victory against Cao Yupeng.