Mark Selby says his return to top form is down to a new link up with renowned sports coach Chris Henry.

The Jester from Leicester won his 18th career ranking title on Sunday when he beat Martin Gould 9-8 to win the European Masters.

Selby did indeed show glimpses of being back to his best in the World Championship in August when he made it through to the semi-finals and fell just one frame short of reaching the final.

And the three-times world champion has started the new season in style by winning another ranking title and cementing his spot in the top four of the world rankings by adding £80,000 points. 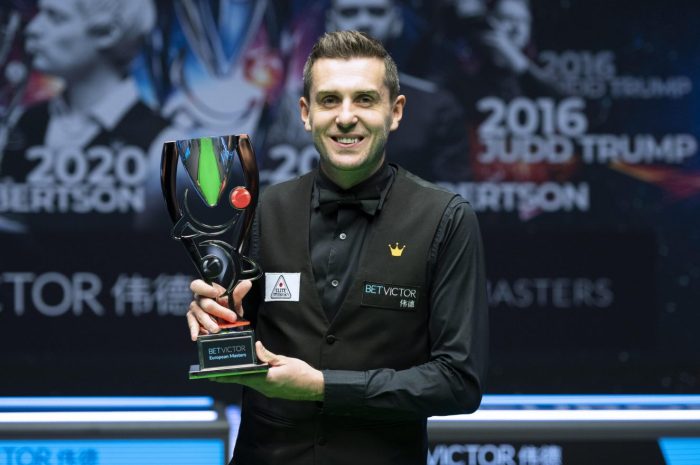 Speaking after the thrilling final frame victory, Selby revealed he started working with performance coach Chris Henry earlier this year after doubting himself over the quality of his game.

Some in the game have described Henry, who coaches mainly the psychology and philosophy aspects of sport, as the best snooker coach in the world.

Selby said: “Hopefully I can maintain this form and carry it on throughout the season.

“I owe a big thank you to Chris Henry.

“As I’ve said in  my interviews before, I know I’ve won tournaments before without Chris but the last 18 months I was doubting myself and I worked with him before the World Championships and seen a lot of positives and improvements.- and the first tournament of the season I’ve come out on top.”