When it comes to snooker enthusiasm in abundance you would struggle to find anyone with more than David Caulfield – chief editor of Snooker HQ.

The website snookerhq.com attracts thousands and thousands of fans each year and is considered one of the best snooker-only websites out there on the planet.

David has witnessed and reported on snooker’s high and lows and plenty of controversies along the way for coming up to a decade.

But with no live snooker to report on each day due to the coronavirus pandemic, how is the website coping to fill the blank days of action?

Snooker Chat caught up with David to get his take on the unprecedented times which are unfolding in the world and, of course, all things snooker!

Firstly, David, in these tough times – how are you coping with everything? Where are you based at the moment?

Strange times for sure. I’m from Ireland, but I’ve been based in South Korea since 2013, and I feel extremely fortunate to have been here during the COVID-19 pandemic.

I’ve seen South Korea getting a lot of positive media attention worldwide and rightly so. The Government here has generally handled this situation very well, all things considered. They were very quick to react with a diligent plan, which unfortunately is not something that can be said about a lot of other countries.

From the very beginning, Korea focused primarily on finding and testing not only the people who were sick, but also those who they recently came into contact with. In the capital city Seoul, where I live, there has thankfully been no enforced lockdown, and life has been pretty normal overall.

There were school closures, which affected me because I’m also a teacher, but classes have since resumed online. The wearing of masks has become an almost moral obligation and is widespread, but there’s been nothing in the way of panic buying or any mass hysteria.

Truthfully, it has been pretty frustrating watching the rest of the world, including Ireland and the UK, struggle. Korea was impacted by the coronavirus before most countries in Europe were, and its methods could have been followed a lot quicker. It must be very difficult under a full lockdown, so yeah, like I said, I feel lucky to have been here these last few months. 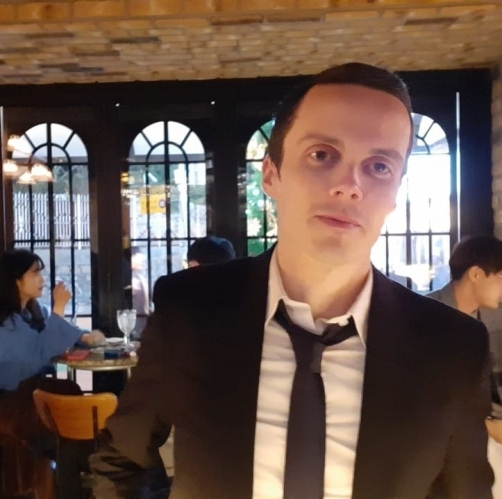 Is the coronavirus affecting your website’s content – I bet you can’t wait for the action to return?

It has definitely affected the content on the site. Usually, the majority of the content revolves around reports and previews, but obviously that’s not really possible now.

Instead, I’ve gone down the route of everybody else and provided nostalgic pieces on old seasons in the Crucible era. Plus a few quizzes – you can always rely on SnookerHQ for that!

April is generally the busiest month on the site with the World Championship, but it’s been a good bit quieter these days, and understandably so. I’m looking forward to events starting up again.

How did Snooker HQ start?

I did an MA in Journalism about ten years ago, and sometime around then I decided to start a sports blog. It was pretty terrible.

After a while I knew I wanted to keep writing, but I also started to realise that it would be better to focus on something a little more niche. I’ve always loved snooker, so I thought that was the best way to go.

So SnookerHQ was launched in 2011, which is crazy to think that it’s nearly a decade. Back in those days, the main reason I did it was for purely for writing practice. But after a while it became a sort of obsession, and now I feel a little weird if a day passes and nothing new is published. 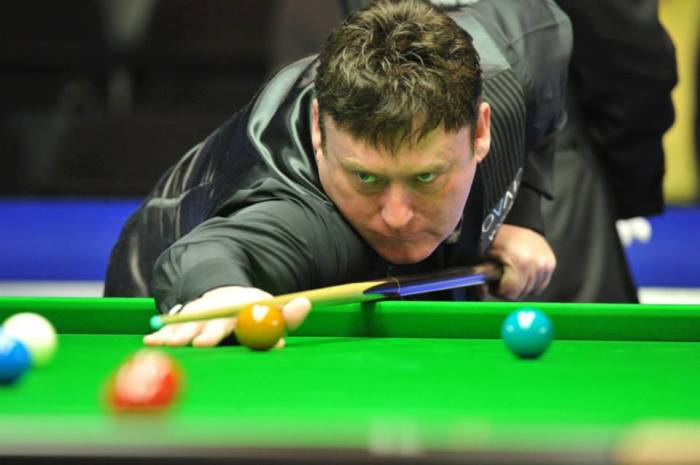 As a snooker writer, do you have a favourite moment or a favourite issue which you’ve enjoyed covering? Who are your snooker heroes?

My snooker hero is Jimmy White. I wasn’t around for most of his glory years, and I was too young for most of the heartaches too. But my mother is a massive Jimmy White fan, and my older brother too, so I guess their influence rubbed off on me.

The 2003/2004 season was a particular favourite of mine because Jimmy almost looked back to his best and headed to the World Championship on the back of winning his first ranking title in about 12 years.

Then he lost to Barry Pinches in the first round in Sheffield. Typical Jimmy – it’s what made the highs so high and the lows so low.

It’s probably ironic then that one of my favourite moments as a writer involves Jimmy’s nemesis, Stephen Hendry. I was fortunate enough to be in the media centre at the Crucible Theatre when Hendry announced his decision to retire.

I was probably one of the first to publish anything about it, although I doubt it got too many hits at the time. That didn’t really matter to me because it was definitely an “I was there” moment.

Weren’t you interviewed live on BBC News once? What was that like?

Yeah, being interviewed by BBC was all a bit sudden and unexpected. It was during the 2017 World Snooker Championship when Ding was performing well in Sheffield for the second successive year.

He had reached the semi-finals, and BBC World News was doing a feature on the Chinese snooker boom. I think they asked me purely on the basis that I lived in Asia and speak English, which was funny. It was a good experience, and I’m glad I didn’t make a hash of it at least!

Snooker, like a lot of other sports, has come to a halt due to the coronavirus. Can you see the World Championship realistically going ahead in August? What do you think happens next regarding the new snooker season?

I’m pretty sceptical about the World Championship happening in August. I think there are a lot of hurdles to overcome, and if it ends up happening it’ll be as much to do with luck as it is to do with master planning.

Fair play to the World Snooker Tour for being active and trying to sort something out, but I think there’s a very strong chance that they’ve been too optimistic with the dates they’ve set.

As for next season, it’s too soon to say. It’s hard to know what or who to believe, but if the coronavirus returns for a second wave in the winter then there’ll obviously be further problems.

Travel restrictions could present a major stumbling block to the World Championship taking place, and that could continue into next season too. Who knows at this stage.

Where do you see snooker in five years time?

I see snooker continuing to grow, like it has been for the last decade under the superb stewardship of Barry Hearn (pictured above).

Hearn’s heart problems recently were thankfully minor, but it does perhaps pose an important question – what is the plan if Hearn isn’t around or decides to retire?

Some of his decisions can of course be questioned, and should be, but his leadership has been nothing short of incredible since taking over the sport. Hopefully we don’t have to worry about that for a number of years, but it will be a major challenge when it eventually arises.

Thanks to David for lending his time to Snooker Chat during these difficult times.