Snooker fans have rallied together by raising thousands of pounds to help Willie Thorne and his heartbreaking battle with leukaemia.

An online crowdfunding page has so far raised around £11,000 to help the former snooker star pay for vital treatment and for daily life essentials as he battles the cancer.

Thorne is a name that resonates within and outside the world of snooker.

A top player who shared the green baize with most of the greats during snooker’s boom years, Thorne now resides in Spain and spends his time playing on the World Seniors tour, coaching and in the commentary box. 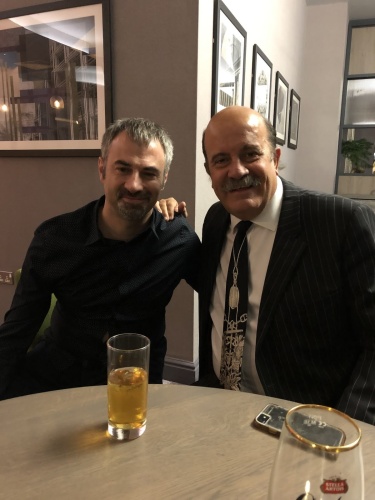 Initially diagnosed with prostate cancer, Thorne was dealt a further blow when he was told he had Leukaemia and now has gout in both legs. He revealed the news on Twitter last month.

He said:”I realise everybody is having a tough time, mine just got worse I’ve been diagnosed with leukaemia. I’m devastated, start chemotherapy tomorrow I’m in Spain where the health care is hopefully second to none love to you all willie x.”

Thorne has had to spend time in hospital and is undergoing a course of chemotherapy treatment. However in his hour of need, friends and snooker lovers have rallied around and thanks to his carer, Julie O’Neill and golfer, Mark Roe, a GoFundMe page has been set up to help pay for his hospital treatment in Spain.

And around £11,000 has been raised which, according to fund organisers, has lifted Thorne’s spirits “massively” in recent days.

Snooker writer Elliott West, a close friend of Thorne, has thanked everyone who has donated

As a friend of Willie, I know this string of medical issues has had a massive impact on him and made him feel cut off from the rest of the world.

This has also not been helped by the complete lockdown in Spain, caused by the outbreak of the coronavirus. however the setting up of this fund has been the tonic required to start him on the path to recovery.

Although not initially aware that this had been set up, Thorne has been deeply touched by how people have rallied around to support him. Thorne will need constant care for the next twelve to eighteen months and is having intravenous antibiotics at home to break down the gout in his legs so he can at least be mobile again in the short term.

This will be a long road to recovery for Thorne but with expert medical and home care, the prospects look much better than they did a few weeks ago and Willie has become active again on social media, which is only a good sign.

We all want him to get back to his former self and this fundraiser is a great opportunity to help this happen so I would urge all of you to read the information on the site and donate what you can to help this deserving cause.