A 99-year-old Second World War veteran who has become an inspiration to thousands across the world after raising more than £27million for the NHS is a big snooker fan – it has been announced.

Captain Tom Moore from Milton Keynes has walked a hundred lengths of his back garden to help health workers during the coronavirus crisis.

His hugely heartwarming appeal has been so popular that major celebrities and sporting stars across the UK have sent him videos online wishing him all the best and thanking him for his wonderful efforts.

One of these stars includes five-times world snooker champion Ronnie O’Sullivan who is regarded as one of the sport’s greatest players of all time. 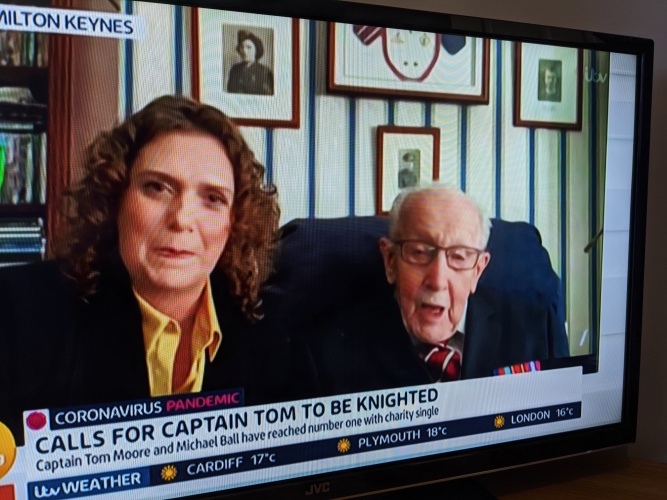 In the video O’Sullivan says he plans to sort tickets out for him as he is a big snooker fan.

O’Sullivan says: “Alright Tom. Hope you’re well. I just want to say a massive congratulations for what you have done for the NHS.

“To raise the money that you have – you are a super hero mate.

“We’re following your story all the way. Hopefully one day we can get you to a snooker event because I know you like your snooker.

“So well done. The NHS and the whole country is loving you. You’re a top man Sir Tom.”

Captain Moore has also topped the charts with a special collaboration with Michael Ball of the hit ‘You’ll Never Walk Alone’ – made following the huge success of his charity appeal.

To donate to his Just Giving page click here.