The Scot was speaking to the World Snooker Tour in a video chat which was broadcast on the snooker body’s Facebook page earlier today (Saturday).

Today was scheduled to be the opening day of the 2020 Betfred World Snooker Championship at Sheffield’s Crucible Theatre before the tournament was postponed due to the pandemic crisis.

Instead, players and millions of snooker fans have been left without live Crucible action in what is traditionally one of the most popular days in the snooker calendar.

Higgins, who has been runner-up in the last three World Championships, spoke openly about the coronavirus situation and revealed he had not been practising lately because of the uncertainty surrounding the upcoming future of the sport. 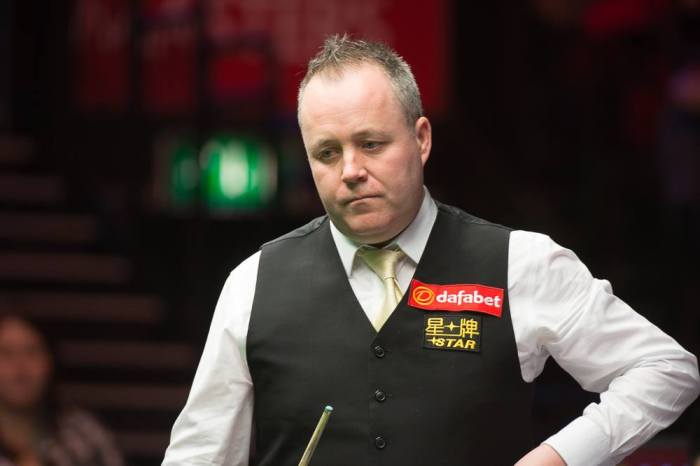 But he also heavily criticised those who had been seen breaking the lockdown rules on social media in recent weeks.

He said: “The NHS have been unbelievable so far.

“But I wish we can only do the same thing. You still see pictures online of these gatherings when the weather is decent and it is unbelievable how there are still people out there not using the guidelines that the NHS and the Government are telling you to do to stay in and stay safe to help the backlog of patients.

“It is incredible how stupid some people can be at this testing time.

Higgins said it could be a while before he picks up a cue again and is waiting for further information from the World Snooker Tour on when it will be safe to play again.

“I’ve been out gardening, playing board games and doing jigsaws but the one thing I’ve not been doing is practising,” he added.

“I think it is pretty hard when you know you’ve not got any tournaments in sight, possibly until the start of August. I’m sure the closer we get to those dates then they’ll be more directions from the Government and our snooker body telling us what might be happening and that might be the time to get the cue out.”