For snooker fans old enough to remember, 1982 will forever be synonymous with one man, writes Annette Lord.

Alex Higgins had 10 years earlier burst into the big time by winning the World Championship at his first attempt, shaking up the establishment and waking up the public to snooker’s potential in the process.

By 1982 he had not won a title all season and his greatest triumph was fading into history.

But the Hurricane, snooker’s first self-styled people’s champion, was that year to do what he did best – come good from a seemingly impossible situation with the flamboyant, do or die attitude that millions adored him for. 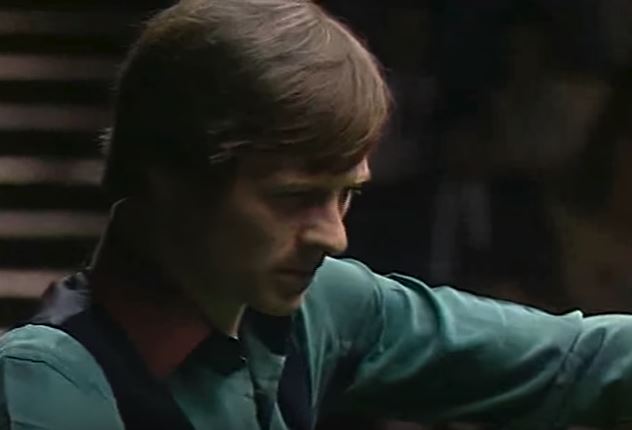 At 15-14 down against Jimmy White in their Crucible semi final, the Hurricane was staring defeat in the face.

White, still only 20 but with the same daring, attacking game as his idol, was 59-0 ahead and cruising to the winning post when he missed a red with the rest into the right hand corner pocket. But surely he was still on the verge of victory?

Of the six reds remaining, one was on the left cushion in the wrong half of the table and another was tight to the top cushion, although near the right corner. The black was marooned in the middle of the table somewhere between blue and yellow. Higgins needed to clear to keep his hopes alive.

What happened next is part of snooker folklore. Higgins failed to get on the pink from the straightforward first red, so fired home the green from its spot instead and swung the cue ball round the angles, knocking the awkward red near the baulk end out in the process. Not on a red, he then cuts in the one on the top cushion near the right corner pocket from near the blue spot and ends up deep in baulk.

In one of the key shots of the frame, Higgins then slots the black the full length of the table into the same pocket. Mid table, he adds a thin cut red to left middle.

His score is still just 13 and now he is eyeing up an eye-watering blue to the green pocket. In one of the most iconic shots of all time, he powers it in with so much side and screw that the cue ball lurches sideways onto the left cushion, springs back onto the right cushion and comes to rest near the three remaining reds.

“That’s why people loved him. He was so unpredictable in shot selection but kept potting them.”

Mark Allen added: “At any stage he is going to lose a World Championship semi final and he plays absolutely the same at 15-15 as he did at 0-0. It was amazing because that blue, he did everything technically wrong, he threw everything at the blue, then hit a perfect next shot.”

“Alex’s cue action you couldn’t ever copy, it was completely natural,” said Joe Perry. “And what a showman. It’s only right that this break gets repeated over and over again because it’s really special. You couldn’t do it now, players don’t play like that anymore.”

“I look at it and think only certain characters are born for moments, and he was born to give moments like that.”

From here it was a straightforward clearance – albeit under intense pressure – to snatch the frame on the black and Higgins then won the decider to face Ray Reardon in the final. This match, which the Hurricane won 18-15, is also a Crucible classic in its own right.

Looking back at that fateful semi final, Jimmy White told Donald McRae in The Guardian last April: “That was Alex’s best. There were three or four shots in there which – under the pressure – will never be repeated. The drunker he got, the calmer he got. I was in awe of him. That clearance is the best ever made.”

Perhaps the man who sums it up best is Ronnie O’Sullivan, who said: “It was an incredible match, and an incredible end to the match. As iconic moments go, I honestly don’t think it gets much bigger than what Higgins did that day.

“I look at it and think only certain characters are born for moments, and he was born to give moments like that. And with that break it was like something outside of him that made it happen. He was put on this planet to provide moments that people will remember long after they are gone.”

The Higgins v Reardon 1982 final is to be reshown on BBC2 on 19 April at 2pm (BST) as part of its look back at Crucible classics during the original dates for this year’s postponed World Championship.