The World Snooker Championship is to start on July 25 after it was postponed due to the coronavirus outbreak – it has today been reported.

The Sun newspaper says the famous competition, which was due to start in mid-April as is tradition in the snooker calendar, will this year be staged at the end of July and will replace the Olympics – which has also been postponed – as the biggest sporting TV event in the summer.

The 17-day event is to be staged at the tournament’s traditional home The Crucible Theatre in Sheffield and World Snooker Tour chairman Barry Hearn said staging it ‘behind closed doors’ is being explored as it is unknown if social distancing guidelines from the Government will be still be in force by the end of July.

However, there has been no official statement from World Snooker Tour yet regarding these dates.

Hearn is quoted as saying: “We have secured the Crucible for the same dates as the Olympics were going to be.

“And we have applied to the BBC to make that move so it will be played out at the end of July and start of August. We are waiting to hear back from the BBC if that is acceptable to them. 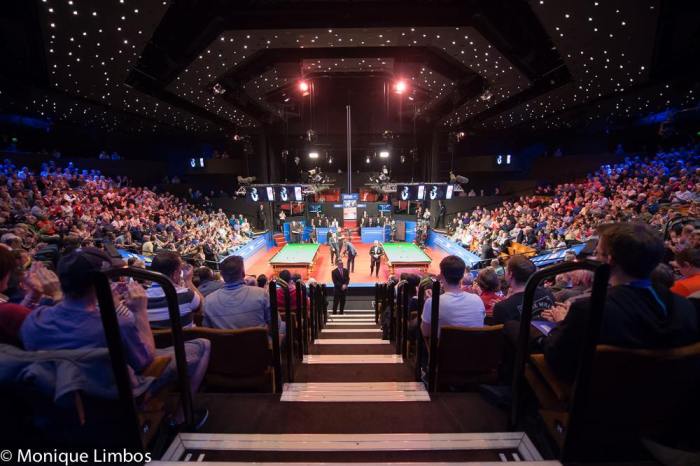 “Fortunately the Crucible have made those dates available. So we are in the position to stage a truly huge world snooker championship. Provided we fit alongside government rules.

“I don’t think we will come out on one day and the next day they will say go back to normal.

“I think it will be a phased approach. The Crucible is less than 1,000 people.

“It may well be part of that phased exit. But notwithstanding that, we’re prepared if necessary to stage a Crucible behind closed doors.”

Last month World Snooker Tour said it hoped to re-stage the famous tournament – which has total prize money of more than £2 million – in July and August.

Other tournaments were also postponed because of the outbreak including the World Tour Championship and the China Open.