The Masters 2020 has seen a big surprise first up after Joe Perry upset the odds to beat UK Championship winner Ding Junhui in the opening match.

Ding ended in 2019 in fine style after he returned to his very best form to win the UK title with a convincing win in the final against Stephen Maguire.

But China’s number one star has failed to start the New Year in the same way as world number 16 Perry deservedly booked his place in the quarter-finals with a 6-3 victory at a packed Alexandra Palace in London. 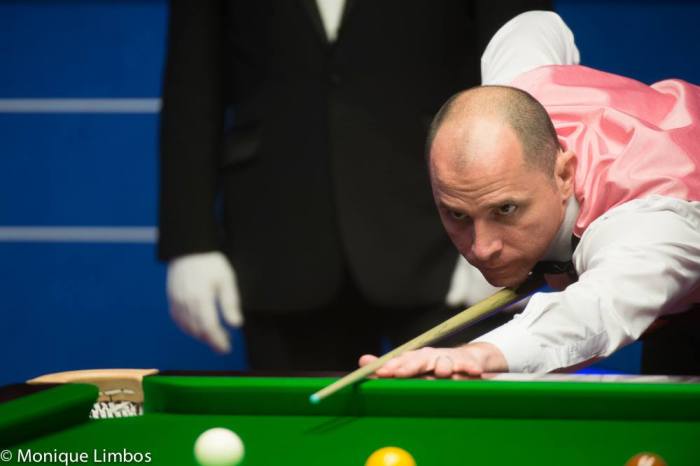 A tight game at first saw Perry – the oldest player in this year’s Masters draw – significantly improve his game when it mattered to claim victory.

From 3-3 when the game was beautifully poised, Perry fired in breaks of 93 and 83 and dominated the ninth frame to seal the win.

Perry, who reached the final of the Masters in 2017, will play defending champion Judd Trump or Shaun Murphy on Thursday for a place in the semi-finals.