A youngster aged 13 had the day to remember after he produced what will go down as one of the victories of the season.

Teenager Ben Mertens from Belgium incredibly beat professional star Adam Stefanow, 24, from Poland 4-1 to reach the fourth round of the Paul Hunter Classic after upsetting the odds to qualify for the main draw of the world ranking event.

Mertens made a break of 62 in the opening frame before winning three frames on the bounce to pull off his best win yet in his young career.

It is a sensational victory for the teenager who was born and raised in Belgium and dreams of making it to the big time.

Mertens lost in the next round to Andrew Higginson 4-0 but his earlier victory brought shock waves to the snooker world.

According to his website, Ben Mertens’ snooker dream started at the age of 8 after a trip to a local funfair in which he chose a small plastic mini snooker table as a prize after winning one of the games. 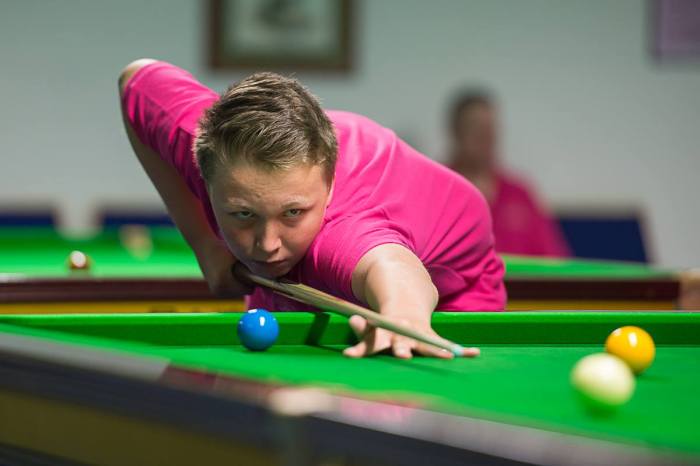 His biography reads: “Home was constantly played on that mini table. A week or two later, Ben asked us (parents) if he would be allowed to play snooker on a big table.”

Ben then was invited to a snooker session in Ghent where he could learn more about the game and receive some coaching.

Back in the day it is well documented how five-times world champion Ronnie O’Sullivan played at a high level in his early teens but it is rare these days for a player so young to impress in the snooker world.

Meanwhile, world number nine Kyren Wilson will go into the final day of the Paul Hunter Classic as the much fancied favourite to win the trophy after comfortably winning his four matches on Saturday to reach the last 16.

Wilson, a World Championship semi-finalist just a few months ago, is the only player from the world’s top 16 left in the hat after Shaun Murphy fell to a early exit losing to Fergal O’Brien. Apart from Luca Brecel no other player from snooker’s elite featured in the £20,000 jackpot ranking event.

On Friday, another teenager – Welshman Jackson Page impressed to reach the Last 16 of the event.