Neil Robertson says his main aim for the season is to win multiple titles after landing himself the Riga Masters trophy for a second time. 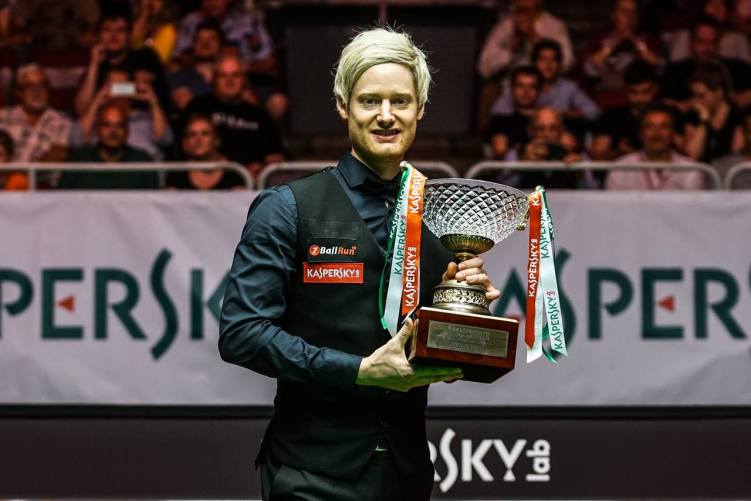 Despite winning the Scottish Open last year, Robertson had a difficult time of it away from the table and revealed in an emotional Instagram post about his partner’s illness. His loss of form resulted him not qualifying for The Masters after falling out of the world’s top 16 after the UK Championship.

And just months before he openly admitted an addiction to computer games which meant he struggled to return to the top of his game.

But now the Australian, who won the Riga Masters for the first time two years ago, says he is enjoying playing the sport he loves once again and is eager for success.

”I want to build on this and win multiple tournaments this season,” he said.

The world number 10 said he had to use all his experience to get over the winning line in the final because the match did not flow in the way he wanted.

”It was a tough final, we both played fantastic to get there but then we struggled tonight because the balls ran awkward,” Robertson added.

“I really had to use my experience. Jack will learn a lot from this, he will win many titles because he is such a talented player and it’s good to see his game coming on.”