The youngest player of this year’s World Championship has made a wonderful start to life at the Crucible after an impressive win in his first match at the famous arena. 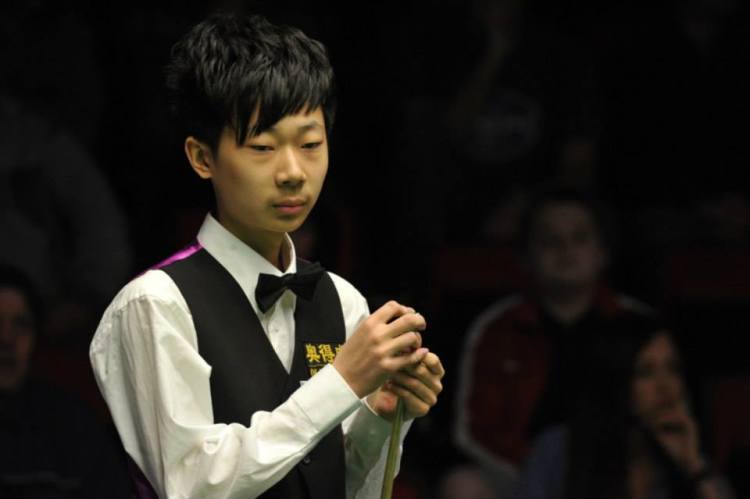 Crucible debutant Lyu Haotian, 20, is through to the last 16 of the World Championship after defeating Hong Kong’s Marco Fu in comfortable fashion – winning 10-5.

The Chinese star, who reached the semi-finals of this year’s Northern Ireland Open, will meet either Barry Hawkins or Stuart Carrington in the second round.

And Lyu will go into the match full of confidence after he dominated the match against the world number 11 from start to finish.

Leading 6-3 at the start of tonight’s final session, Lyu made the dream start as he aimed to mark his Crucible debut with the biggest victory of his career to date by winning the first two frames without Fu scoring a single point.

But Fu, playing his first competitive match since January because of eye surgery, hit back with back to frames and  a century break of 120 to reduce his arrears to 8-5.

How far can Lyu Haotian go in the @Betfred World Championship? #ilovesnooker pic.twitter.com/aBfNbngL89

Fu was right back into the match but an impressive blitz from Haotian ended the contest just before 9pm.

Lyu has now earned £27,500 for his performance in the World Championship which is his biggest pay check of his career by quite some margin.

Breaks of 79 and 61 saw the Chinese star complete a brilliant 10-5 win against one of the most established players in snooker’s elite.

Meanwhile, Kyren Wilson also secured his place in the second round with a comfortable 10-3 win over former two-times finalist Matthew Stevens.

The Northampton potter dominated from start to finish and has recorded the biggest win of the competition so far.