Scotland will take on England on Sunday when John Higgins and Barry Hawkins will battle it out to be the King of Wales. 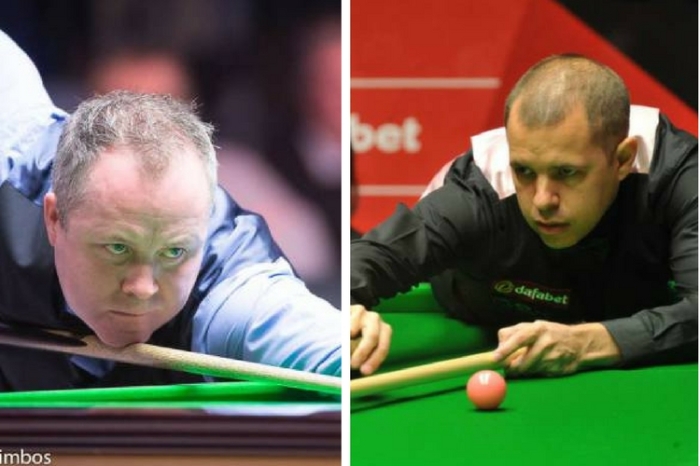 Higgins will be hoping to become the first player in history to win the Welsh Open title on FIVE occasions when he takes to the baize. The Scot won the ranking event in 2000, 2010, 2011 and 2015.

Victory in the final will see Higgins join the likes of Ronnie O’Sullivan and Stephen Hendry to have won 30 more or more career ranking events.

Standing in his way will be Barry Hawkins who has returned to form this week after a horrid season which has sen him barely reach the business end of tournaments.

The world number eight’s last tournament win came more than a year ago in the World Grand Prix but poor form has led to a disappointing twelve months for Hawkins who has revealed he has been battling with personal problems in recent times.

The winner of the Welsh Open will lift the trophy and receive a cheque for £70,000. The winner will also be invited to play in this year’s Champion of Champions event, won last year by Shaun Murphy.