Ronnie O’Sullivan is now just three wins away from winning a joint record fifth ranking title in a single season after he recorded two whitewash wins within the space of two hours. 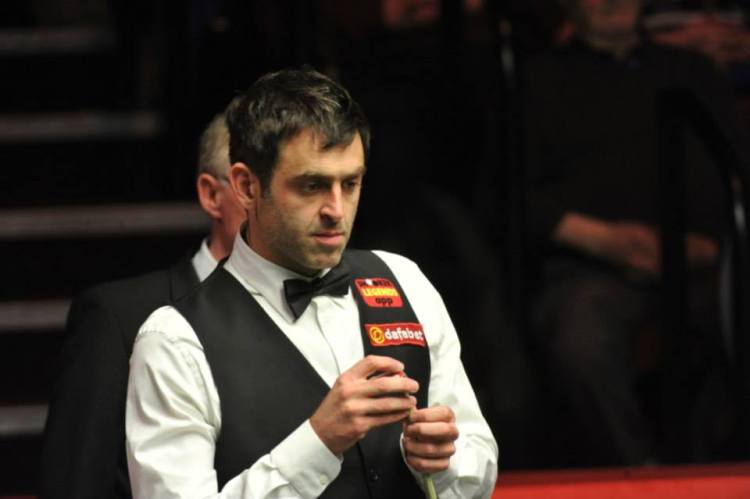 The five times world champion is the odds-on favourite to land the Welsh Open trophy this week after already being crowned the winner of this season’s English Open, Shanghai Masters, UK Championship and World Grand Prix.

To date this season, O’Sullivan has won more than £650,000 (including invitational events and high break prizes) and could become the first player in the history of the game to earn £1million in prize money during a single season.

He would also join the likes of Mark Selby, Ding Junhui and Stephen Hendry to have won five ranking tiles in one campaign.

And like so many times this season, O’Sullivan was in fine form as he cruised past rounds three and four with 4-0 wins over David Grace and Mike Dunn respectively.

After his 4-0 drubbing, Dunn took to Facebook to describe O’Sullivan as a snooker ‘God’. Remarkably O’Sullivan has won his last 18 frames in competitive snooker.

O’Sullivan will next face fellow rival John Higgins for a place in the semi-finals. Higgins, who has won the World Championship four times, had no trouble beating Nigel Bond 4-0.

Joining O’Sullivan and Higgins in the Welsh Open quarter-line up will be Thailand’s Noppon Saengkham who followed up a brilliant win over Judd Trump with a fine 4-0 win over Kyren Wilson.

Saengkham next faces England’s Ian Burns who is having one of his best weeks in professional snooker after reaching the quarter-finals of  a major ranking event for just the second time.

Burns, who beat former world champion Neil Robertson on Wednesday, came back from 3-2 behind to beat Liam Highfield.

China’s Yu Delu is also in the quarter-final draw after he produced an impressive performance to beat his fellow countryman Liang Wenbo.