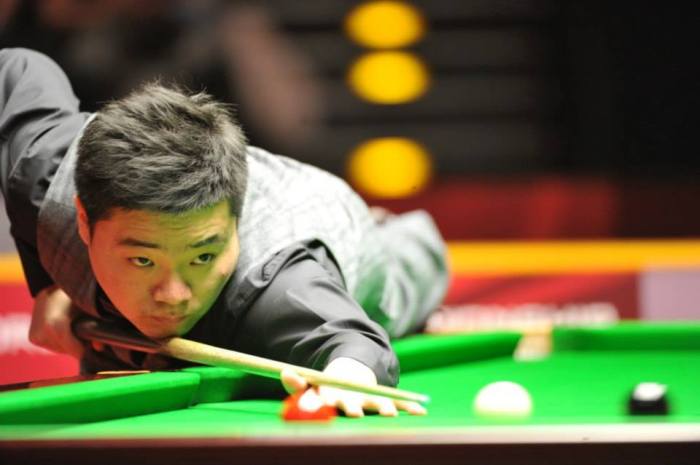 Tuesday night saw Shaun Murphy crash out of the tournament without winning a frame – and today the likes of Ding Junhui, Judd Trump and Neil Robertson were shown the door in Cardiff.

Ding’s defeat was the most surprising as he lost 4-1 to Liam Highfield. This came days after Ding reached the World Grand Prix final playing his best snooker for some time,.

Trump’s miserable run of form continued as he suffered a 4-1 defeat to Thailand’s Noppon Saengkham and despite playing well former world champion Robertson came out the wrong side of a seven frame thriller to Ian Burns.

And it was not just them three big names to crash out., Belgian’s Luca Brecel, who won this season’s China Championship, crashed to a 4-1 loss to Mike Dunn.