A young man from Germany has become the new winner of Under 21 European Championship but it has emerged snooker politics could deny him his dream of playing as a professional.

On Friday Simon Lichtenberg, 20, was crowned the winner of the tournament which usually sees the title holder earn qualification for the main professional tour for at least two years.

However, because his home governing body – The German Billiard Union (DBU) – is not a member of the newly launched global body the World Snooker Federation – Lichtenberg can not gain a place on the main tour as things stand.

It means despite gaining the biggest win of his career to date, Lichtenberg is currently unable to become a professional for reasons beyond his control.

So why is this? Well the World Snooker Federation was launched at the end of 2017 as a new global snooker body bringing together both amateur and professional snooker.

It’s main aim is to make snooker an Olympic sport and wants national bodies from around the world to join in with their vision for the future of the game. Since its launch several national snooker associations have assigned themselves to the Federation but others, for one reason or another, have not – including the German authority.

With the Under 21 European Championship approaching, a deadline was set for national bodies to join the World Snooker Federation by January 31. The DBU did not assign to the Federation prior to or on this date.

A statement from the World Snooker Federation published in the middle of January read: “We can also confirm that the deadline for National Federations to become WSF members and enable their players to compete for main tour places at the 2018 EBSA European Championships, has been extended to the 31st January 2018.

“This date will not be extended further and it is a firm policy that qualification to gain WPBSA membership and a place the World Snooker Tour can only be earnt by players nominated by National Federations who are members of the WSF.”

Legendary snooker broadcaster from Germany Rolf Kaib has described the situation as a “scandal” and urged snooker bosses to ensure Lichtenberg can achieve his dream. 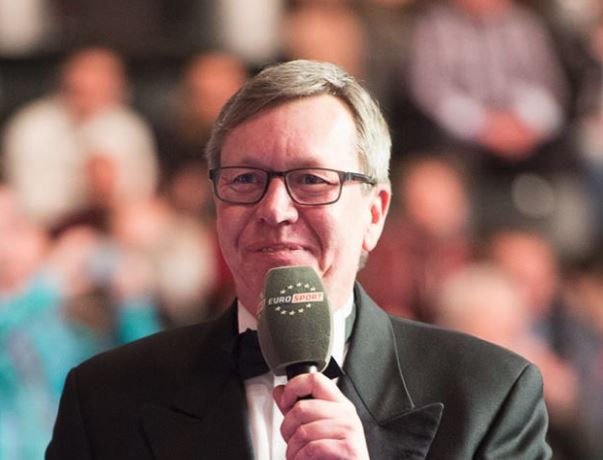 He wrote: “Every ambitious young athlete dreams of coming to the top league of his sport. This is the main tour in the snooker. This dream also has Simon Lichtenberg. He worked hard, invested a lot and took care of himself. The biggest hurdle, the athletic qualification, he has achieved with his triumph at the U21 European Championship in Sofia.

“And yet he should not be a professional because such questionable sport policy decisions are made? I find it incredible and unfair and unfair to a wonderful young player.

“I just want to appeal to those responsible to jump over their own shadow and find a solution in the interest of Simon Lichtenberg and in the interests of sport. Everything else is a scandal!”

World Snooker chairman Barry Hearn revealed on Twitter he was “looking into” the situation along with the World Professional Billiards and Snooker Association.

Looking into with the support of Jason Ferguson and Wpbsa.

Lichtenberg beat 19-year-old Welshman Tyler Rees 6-3 to win the Under 21 European title for the first time in Sofia, Bulgaria. In doing so he became the first German player to win the competition which has been going for seven years.

Previous winners include Alexander Ursenbacher who recently made the semi-finals of the English Open and current tour professional Oliver Lines.

Should Lichtenberg be allowed a place on the main tour, he will be the only the second player from Germany on the main circuit – following in the footsteps of fellow promising youngster Lukas Kleckers.