Neil Robertson is a ranking event winner once again after the Australian produced a sensational comeback in a thrilling Scottish Open final. 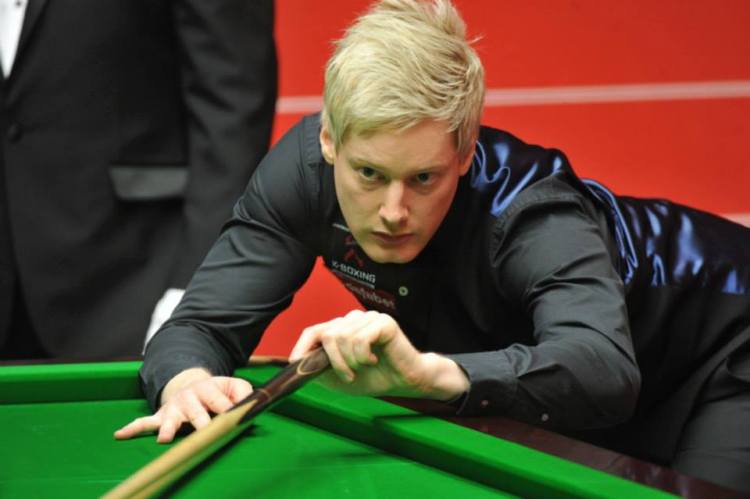 In one of the matches of the season so far, the 2010 world champion won his first major ranking event in almost 18 months after sensationally coming back from 8-4 down to beat China’s Cao Yupeng in Glasgow.

The match appeared to be all over as a contest when Yupeng stormed 8-4 ahead after a brilliant performance of classy break building and stunning temperament in his first ever final looked to have secured him his first ever ranking title.

But as Robertson began a fightback in the final session of the tournament, pressure on Yupeng to get past the winning line was taking its toll as misses gifted Robertson the chance to get close the gap and reduce the deficit.

But Yupeng will be wondering what if after he missed three golden chances to wrap up the match in a thrilling seventeenth frame.

Just needing the final pink and black to lift the Stephen Hendry trophy, Yupeng missed the pink twice before eventually potting it only to miss a match-winning final black by a whisker and leaving it over the pocket for Robertson to force a final frame decider.

And Robertson’s experience proved vital in the decider as the Australian took the chances he needed to win his 13th ranking title of his career and net the £70,000 winning prize.

It’s a win for Robertson which puts silverware back on the table. Barring his victory in the Hong Kong Masters earlier this season, the Australian has had a difficult time on and off the table.

Just weeks ago he revealed on his social media channels that his wife Mille had been suffering from depression which she has now recovered from.

Robertson’s run without success on the table also meant he failed to qualify for the next month’s Masters. But now he can go into the new year knowing his form is back to his best.

For Yupeng it is a defeat which will be extremely hard to take after coming agonisingly close to winning his first ranking event. But at least he can take heart from having played his best week of snooker including making his first career 147 – an achievement which earned him an extra £22,000.