Neil Robertson will NOT play in The Masters for the first time in TWELVE years after he suffered an agonising final frame defeat in the UK Championship. 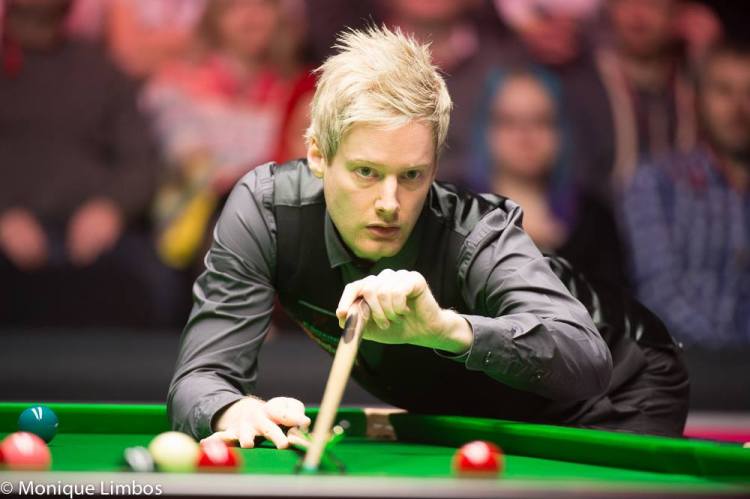 The Australian needed a strong run in York this week to have any chance of ensuring a place in next month’s Masters – one of the most prestigious invitational events in the snooker calendar.

But a gutsy and determined display from England’s Mark Joyce meant Robertson had to suffer third-round heartbreak.

It will be the first time since 2006 that Robertson will not feature in The Masters having played in the event all the way through from 2007 – winning the event for the first and only time in 2012.

But it was world number 42 Joyce who came out on top in a thrilling contest which was decided very late in the evening, just before 11.15pm.

In a nervy final frame, a clever tactical shot from Joyce which blocked the path to a red near the corner of the pocket forced Robertson into making a safety error. The error saw Joyce make a stunning and match-winning clearance to reach the last 16.

Robertson’s defeat was just one of several shocks in the UK Championship as Judd Trump, Mark Williams, Liang Wenbo and Marco Fu all crashed out in an action-packed afternoon session.

Defeat for Robertson once again opens up the draw with many of the world’s top ten having been shown the exit door.

Tuesday sees the highly anticipated match between John Higgins and teenage sensation Yan Bingtao while Ronnie O’Sullivan continues his bid for a sixth UK title when he faces Michael White.