The 2017 UK Championship is just one hour away from getting underway. 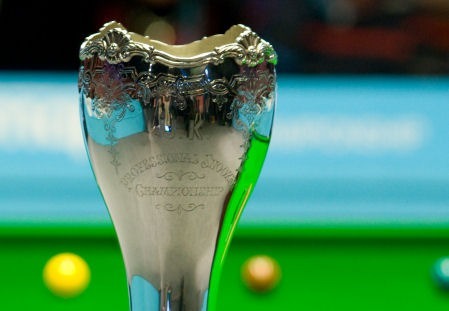 The tournament is the second biggest in the season calendar, after the World Championship, with the winner taking home a cheque for a whopping £170,000. In total there is a prize pot of £850,000 to play for and will be held at the Barbican Theatre in York.

O’Sullivan will once again this year be competing, bidding for a sixth UK crown and goes into tournament in fine form with already two ranking titles under his belt this season – the English Open and the Shanghai Masters. He starts his campaign against 16-year-old Welsh talent Jackson Page.

Defending champion Mark Selby will also be keen to defend his title and prove once again why he is the world’s number one in front of millions of fans. The Leicester star beat O’Sullivan 10-7 in a gripping final last year.

There is also an interesting sub-plot in York with the fact several players are also playing to qualify for the Masters in January. The prestigious event is just weeks away and the UK Championship is the last chance for players, still looking to make sure of their place, to get vital prize money on the board.

As things stand Neil Robertson is up against it, in terms of qualifying, as he is currently below the top 16 in the Race to the Masters list and needs a good run of results in the coming days to make sure of his place.

Other players such as Liang Wenbo and Ryan Day are also in need of a strong run in York to make sure they don’t lose out on a place.

The UK Championship will be screened live on the BBC and Eurosport from Saturday, December 2. It means UK TV viewers will get to hear the like of Stephen Hendry, Ken Doherty and Steve Davis from the BBC commentary box once again or choose Eurosport’s coverage with expert analysis from the likes of Jimmy White, Ronnie O’Sullivan and Neal Foulds.

Unfortunately the first round matches will not be televised – however some will be streamed live on the paid subscription service Eurosport Player.

All matches up to and including the Semi -Finals will be the best of 11 frames (race to six frames) with no interval.

The final will be the best-out of 19 frames (race to ten frames) and will be held on Sunday, December 10.

And the UK Championship certainly awards winners. Here is the prize money breakdown.

This means that players who do well this week will certainly see a difference not only in their bank balance but in their ranking position as well. This could be a huge ten days for those players who are in danger of losing their tour place – a good week on the baize can change all that.

Tickets are still available for a number of days but some sessions are already sold out. Click here for more details.