Once again no snooker player features in the list for this year’s BBC Sports Personality of the Year – and those in the game have labelled it a ‘disgrace’.

Despite the BBC broadcasting three of the biggest snooker tournaments of the season calendar – not one player has been shortlisted for the annual ceremony which takes place on Sunday, December 17. The list was made up from a panel of former sporting stars, journalists and media professionals.

However the news shouldn’t come as a major surprise.

This is because no snooker player has made the ‘Spoty’ shortlist since it was introduced in 2010. The last snooker player to reach the top three was Stephen Hendry who came second in 1990 with Steve Davis winning it two years before – the only snooker player to do so since the contest was devised in 1954. 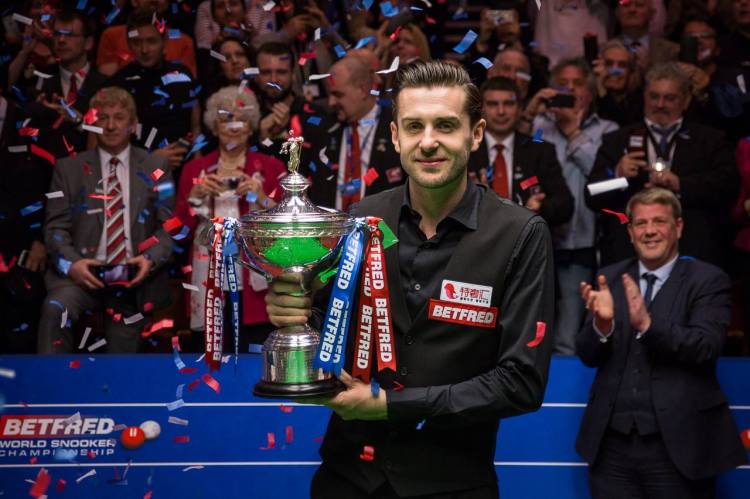 Snooker is not the only sport not to be featured in the list – others include golf, rugby, darts, horse racing and basketball.

But it means there was no place for Mark Selby who millions saw on the BBC win a third World Championship when he beat Ding Junhui in the Crucible final in May or Ronnie O’Sullivan who continues to be overlooked despite winning more ranking events and being the first player ever to compile 900 century breaks.

Last year O’Sullivan made his feelings clear on the subject. He said: “[But] you’re competing with Formula One, tennis, golf and the Olympics. They give it like 10 seconds on BBC Sports Personality – it’s a complete insult to the sport, but it’s what they think of it and what they believe it warrants, and that says it all really.”

Perry shortly afterwards responded to a tweet by snooker writer Michael Annison saying it was “embarrassing” snooker was again ignored.

How is Ronnie o Sullivan never a contender in the BBC SPOTY AWARDS, it’s ABSOLUTLEY UNBELIVABLE

WATCH: Three-times Masters winner Paul Hunter is announced the winner of the BBC Sports Personality of the Year’s Helen Rollason Award just months after his death at the age of 27