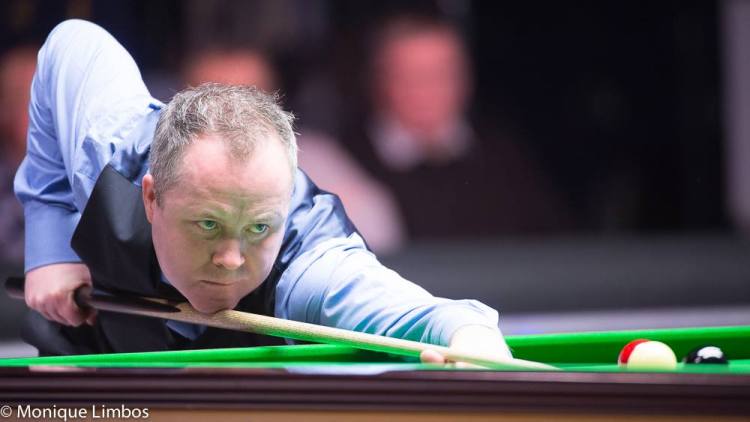 Only one player in the top 16 of snooker’s world rankings remains in the competition ahead of the Last 16 round – meaning there is a big chance for someone to make a name for himself in Belfast.

Four-times world champion John Higgins crashed to a final frame defeat to Gary Wilson this afternoon despite at one stage leading 3-1.

Earlier in the day tournament favourite Ronnie O’Sullivan crashed out losing 4-1 to world number 82 Elliott Slessor in what was one of the shocks of the whole season.

A quick glance on the last 16 draw sees some very unfamiliar names left in the competition.

China’s Yan Bingtao at just seventeen-years-old could become snooker’s youngest ever winner of a major ranking event if he is to go all the way this week.

The teenager has impressed since being 15-years-old lifting snooker’s World Cup and he recently made the semi-finals of the International Championship thrashing O’Sullivan along the way 6-1.

Facing Bingtao next is  Welshman Ryan Day who will almost be certain of his Masters place if he wins the Northern Ireland Open. Day has already won a ranking event this season – the Riga Open.

Judging by the world rankings list Mark Williams would have to be the new tournament favourite. However, the Welshman has not won a major ranking event in six-and-a-half-years, going to back when he lifted the German Masters in early 2011.

Or maybe another young gun could shine – Slessor may feel his chance is now after beating O’Sullivan in such convincing style or his next opponent Sam Craigie may relish the occasion after finding his best form of his career this week.

Ricky Walden has also discovered some form. Walden, who once reached the World Championship semi-finals, is the winner of three major ranking titles – maybe he could add a fourth in the days to come.

Joe Perry is still looking for his second major ranking title when his first – the Players Championship – came after more than 20 years in trying back in 2015.

And Wilson will no doubt believe in his chance after a brilliant comeback win over Higgins. Wilson made the China Open final two years ago – this could be his best chance to make it to another final.

One thing for sure is it is going to be a fascinating few days in Belfast.