Stephen Hendry and Ken Doherty will face each other again later today in a rematch of the epic 1997 World Championship final. 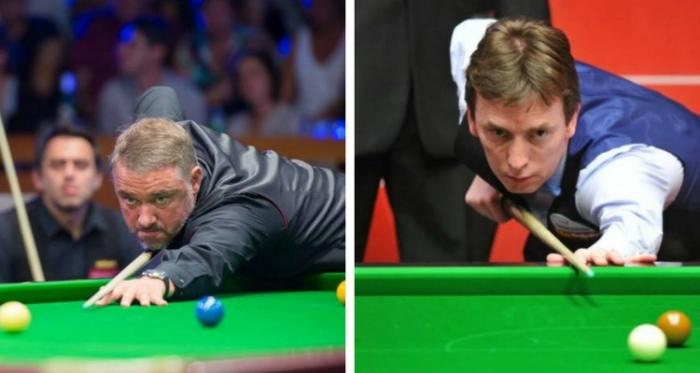 The pair will face each other in the semi-finals of the UK Seniors Championship at the Harlequin Theatre and Cinema in Redhill, Surrey. Live coverage of the match will be available on YouTube meaning snooker fans across the world can watch it and roll back the years.

The tournament, which started on Tuesday. has seen other legends including Jimmy White, Cliff Thorburn, Dennis Taylor and Tony Knowles take to the baize.

Seven times world champion Hendry lost to Doherty in the 1997 World Championship final when the Irishman pulled off the biggest win of his career to lift snooker’s most prestigious trophy – winning 18-12.

The other semi-final will be between Jimmy White and Johnathan Bagley which starts at 1pm.

All four players will be battling to reach tonight’s grand final.

Looking forward to our match today just like old times,on after Jimmy v John which starts at 1pm on YouTube @Snookerlegends
Enjoy 😉 https://t.co/1GQfZrqq2M

Through his vision, he has created the first ever World Seniors Tour which is open to any amateur player aged 40 or above to play at snooker’s biggest venues against some of the sport’s well-known legends.

There is also the Seniors Irish Masters which takes place in January.

Earlier this year Hendry rolled back the years in Bulgaria during a series of exhibition matches against his once arch rival Ronnie O’Sullivan.

Hendry officially retired from professional snooker in 2012 while Doherty still competes on the main tour circuit as an invitational wildcard holder.