TOGB Snooker looks closely on the talented 21-year-old’s career to date following his sensational run this week in the English Open.

Alexander Ursenbacher has certainly made his biggest impression yet in the world of snooker following his run to the semi-finals in the English Open. 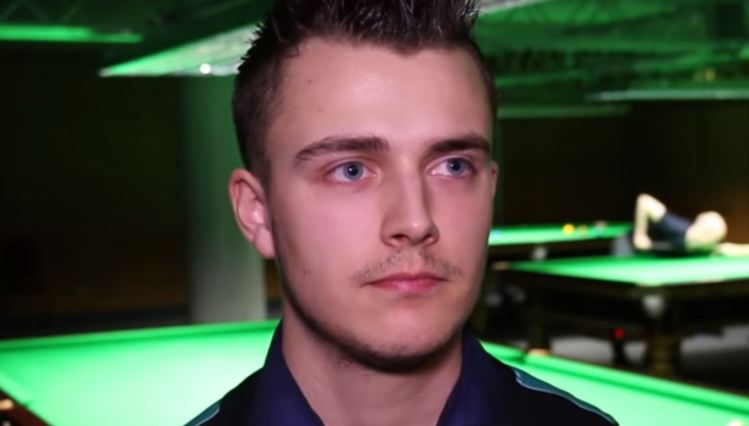 The Switzerland-born star made it through to the last four for the first time in a major rankling event in emphatic style after thrashing Michael White 5-0.

The results have seen him make the headlines not just here in the UK but in his native Switzerland where, on one sports website, his story was placed higher than a Roger Federer tennis story – the nation’s most successful sports star.

But life on the snooker circuit hasn’t always been this easy for Ursenbacher who is currently playing his first season back on the main tour following previous struggles.

The now 21-year-old first hit snooker headlines in the summer of 2013 when he qualified onto the main tour for the first time after successfully qualifying through Q School. Ursenbacher beat the likes of Adam Wicheard, Reanne Evans and former professional Paul Wykes to earn his debut tour card at just the tender age of 17.

But his debut year was certainly a tough one to take. According to snooker database website cuetracker.net Ursenbacher lost his first seven matches as a professional and had to wait almost six months after his Q School success to gain his first win as a professional – beating former world champion Ken Doherty in a minor ranking PTC event in Gloucester.

He then had to wait several months before his next big win as a professional which came in the opening round of the 2014 World Championship qualifiers in Sheffield against David Morris. But he lost in the the next round to Thepchaiya Un-Nooh.

His second season started with success with victory against Kyren Wilson in the Wuxi Classic but due to visa problems he was forced to withdraw from the tournament.

But he again learned the hard way suffering defeat after defeat in the first round of major tournaments meaning he eventually lost his place on the main tour card as he did not earn enough prize money.

But Ursenbacher made the headlines again earlier this year when he was crowned the EBSA European Under-21 Champion for 2017. A 6-4 win over Welsh teenager Jackson Page earned him the title and more importantly a place on the main snooker tour for at least two years.

Due to winning that tournament, he was then invited to take part in the World Championship qualifiers which saw him win his first two matches including an impressive 10-6 victory over Robert Milkins. He then needed just one more win to become the first ever Swiss player to reach the Crucible stages of the World Championship.

But it wasn’t to be as he lost to 10-4 to impressive teenager Yan Bingtao of China.

Now back on the tour – Ursenbacher has already made huge improvements and is a far different player to the one the snooker world first saw when he was a teenager.

He started the season with victories over Billy Joe Castle and Elliot Slessor in the Riga Masters and he also managed a run into the last 32 in the Indian Open beating Jamie Jones and Andrew Higginson along the way.

But it is the English Open which has seen the world take notice of the 21-year-old.

Wins against Anthony Hamilton, Gerard Greene, Stuart Carrington, Shaun Murphy and Michael White have set up his biggest match to date – a semi-final against Kyren Wilson.

Can Ursenbacher make further headlines and reach the final? The semi-final starts at 1pm.

2 thoughts on “So who is Alexander Ursenbacher?”