A former world champion and one of the world’s current top players has said he would like to see a dotted cueball used in top level snooker.

World number five Shaun Murphy made the comments on Tuesday night after Eurosport filmed a new feature as part of its live coverage for this week’s English Open in Barnsley.

Called the Spin Challenge, it asks the channel’s viewers to guess how long a cueball will spin for after it has hit an object ball “as hard as it can”.

Think you can top @markjesterselby​ & @andygoldstein05? Send in your best efforts using the hashtag above pic.twitter.com/dBDVWr67gR

World number one Mark Selby was one of the first to give it a go and managed a score of more than 17 seconds.

But responding to the feature, Murphy, who won the World Championship in 2005, said he “would love” to see a dotted cueball implemented in the game.

He said it would be good for the fans around the world to see how much the cueball spins in real time when playing a variety of shots.

Murphy tweeted Eurosport presenter Andy Goldstein saying that the dotted cueball was the “way forward” . Though he did not say what kind of scale in the game he would like to see it used.

I absolutely would love to implement the dotted cueball so the fans around the world could see the spins we use on almost every shot https://t.co/C8xXtC03Ry

A quick glance on Google shows a dotted cueball is used in other cuesports such as billiards, nine-ball pool and English pool. 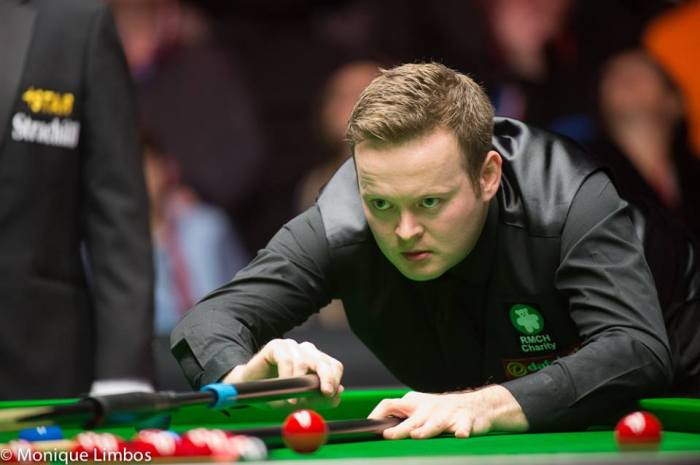 But Shaun’s idea may take some persuading from those he plays aganist on the main tour.

And Mark King tweeted Murphy back saying: “Have a day off Shaun,not a good idea at all.”

What do you snooker fans think? Let us know by commenting below.