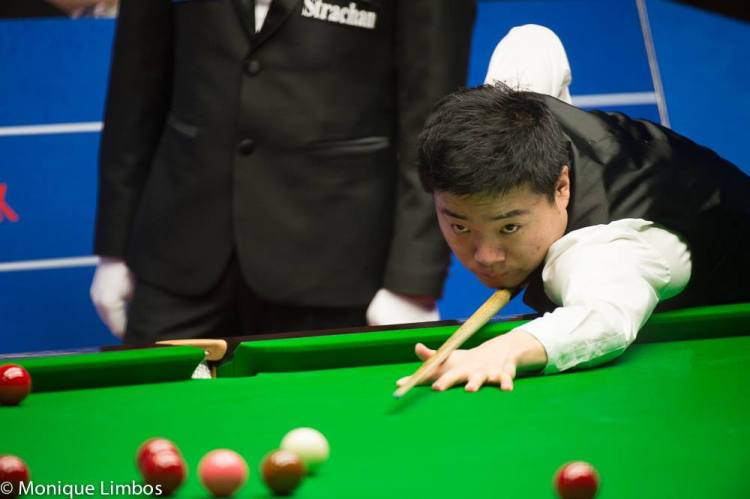 China’s number one star moved to number two in the world after claiming the £150,000 top prize with a comfortable 10-3 victory over Wilson who struggled to bring his top form into the final.

And to make it even more special, the 30-year-old did it on home soil to the delight of his millions of fans in China where the event was held.

It’s Ding’s second major success so far this season after helping China lift the Snooker World Cup at the start of the campaign. His last major ranking title came exactly a year ago when he won the Shanghai Masters.

This latest victory has moved Ding back, single handedly, into the top six of the all-time most ranking titles list.

And the final proved to be a rather single-sided contest as world number 13 Wilson struggled to find the form he found earlier in the week in beating the likes of Mark Williams and Mark Allen.

The first two frames were shared but then Ding took complete charge of the final winning five frames on the bounce to take a commanding 6-1 lead.

To his credit, Wilson -playing in his third major ranking final – refused to give in and breaks of 104 and 67 gave him some hope as he reduced his arrears to 6-3 at the halfway stage.

But any dream comeback for the Kettering star and new dad was ruled out instantly after the restart as a ruthless Ding made breaks of 67, 69 and 71 to put him on the verge of glory with a 9-3 lead.

And the China star sealed the match with a stunning long pink which gave him a nice easy pot on the final and deciding black of frame 13.

His success this week means Ding has now earned career prize money over the £3million figure.