Luca Brecel kept his cool when it mattered to reach the China Championship final after a thrilling semi-final clash against China’s Li Hang which went all the way past the midnight hour. 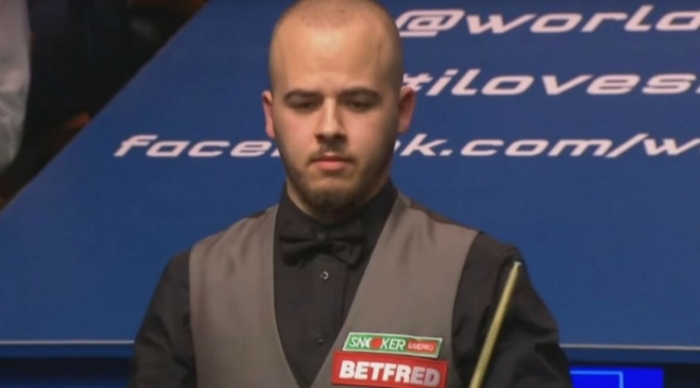 The Belgian Bullet will play his biggest match yet on Tuesday when he takes on Shaun Murphy in the China showdown – with a huge £150,000 to play for.

Brecel, 22, knocked out Ronnie O’Sullivan in the quarter-finals and now stands one win away from clinching his first career ranking title. Even defeat would guarantee the world number 27 his career biggest pay day of £75,000.

An exciting encounter saw Li Hang – looking to reach his first ever ranking final – take the upper hand when a break of 86 in the ninth frame put him 5-4 ahead and just one frame away from victory. But a stunning penultimate red from Brecel just when it was needed helped him force a decider as the clock ticked past midnight.

And Brecel clinched a thrilling 6-5 victory with a brilliant break of 75 under the most pressurised of circumstances.

Tuesday’s final will be Brecel’s second appearance in a major ranking final. He lost to Martin Gould when he competed in the German Masters final in 2016.