Stephen Maguire continued his impressive run of form after he secured a place in the World Championship quarter-finals with a session to spare. 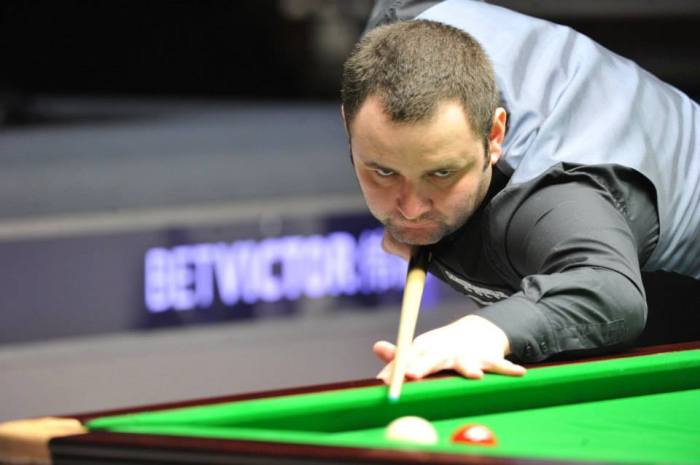 The Glaswegian is back at the business end of the World Championship for the first time in five years after thrashing  Rory McLeod 13-3.

After brushing aside number 15 seed Anthony McGill convincingly in the first round, Maguire kept up the heat beating Judd Trump’s shock conqueror in just two sessions of a best-of-25 encounter.

The five-times ranking event winner appears to have found his best form again after qualifying for the World Championship and taking that momentum into the Crucible.

💬 Stephen Maguire is through to his fifth Crucible quarter final after slamming McLeod #ilovesnooker @Betfred pic.twitter.com/ec2ZHf2Koe

So far Maguire has only lost five frames since the start of the tournament.

In a season which has seen the under dogs shine with the likes of Mark King and Anthony Hamilton winning their first ranking titles in Northern Ireland and Germany respectively – Maguire feels like he has more titles up his sleeve and said he fears nobody.

“I’ve never even been to the final, I can’t say that I fancy winning it , I don’t know what it takes,” he said.

“All I can is beat whose in front of me, and I fancy doing that. I don’t fear anyone, if I play my game and I play the way I want to play I fancy winning. I still enjoy playing, I’d love to win it, I’d love to win any tournament coming up because it’s hard.

“A couple of years ago I would have said that I had no chance, but looking at whose winning tournament these days I think I’ve got another 20 years left!”