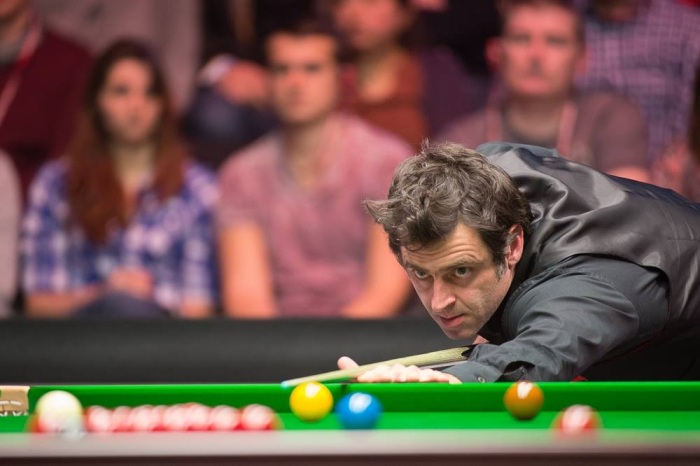 O’Sullivan was at his vintage best as he won six out of the opening eight frames giving him a 6-2 lead ahead of Friday afternoon’s second session.

Playing for the first time since his war of words with World Snooker over bullying, the five-times world champion made the perfect start making a break of 91 to lead 1-0.

Murphy, who came through a tough opening round match against debutant Yan Bingtao, levelled up with a break of 84. But from point O’Sullivan dominated and dictated the play.

Breaks of 75 and 128 gave the Rocket a 3-1 lead before he extended his lead to 5-1 after the mid-session interval. This was despite Murphy wowing the Crucible crowd with an amazing trick shot to pot an early red in the fifth frame.

Shaun Murphy living up to his 'Magician' billing at the Crucible… pic.twitter.com/PCa70BAPHE

Vitally, Murphy stopped the rot in frame seven when he managed to pot the final black following a safety error from O’Sullivan. But the world number 12 restored his four-frame advantage with a break of 74. 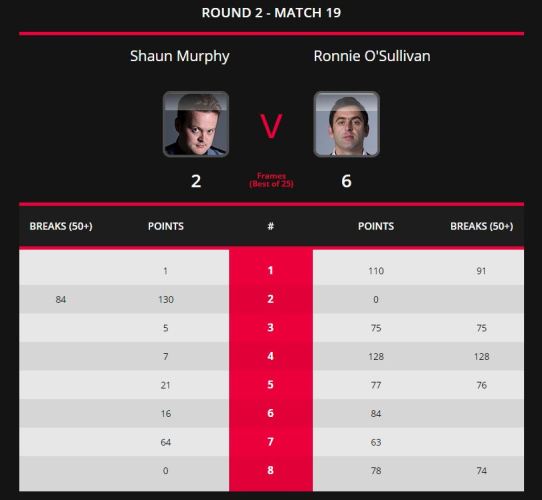 Meanwhile, Kyren Wilson went away from his first second round session against Stuart Bingham with an overnight lead of 5-3. But it is a scoreline which Wilson maybe disappointed with.

This is because at one stage he led 5-0 making the dream start against the 2015 world champion. But Bingham managed to close the gap winning the final three frames and therefore finding a way right back into the contest.

The match resumes on Friday morning.

And the first round of the draw was concluded with Barry Hawkins comfortably beating Tom Ford 10-3.

Hawkins, a Crucible finalist four years ago, will play Graeme Dott in the next round.