As far as Crucible comebacks go, it it is certainly up there!

From 7-1 down, Marco Fu has pulled off a wonderful comeback to reach the second round after winning a deciding frame shootout against Luca Brecel.

But the match took a complete turn when the players returned on Monday evening as Fu delivered a sensational fight back against the odds – winning 8 out of 10 frames.

Fu enjoyed a roaring start to the session winning the first two frames to reduce his arrears to 7-4 but Brecel appeared to have looked comfortable again after winning the next frame to go 8-4 up.

However the world number 8 continued his fight back and won the next four frames to level at 8-8 before Brecel managed to move back in front winning the 17th frame.

But it was to be Fu’s day as he won the next two frames to seal a place in the next round.

After the match, the Hong Kong star said: “From yesterday to today it was like two different seasons, it was very hard to understand what happened, but I’m through and I’m very happy.

“It was a rollercoaster 24 hours, I was very down. I was even thinking of retiring at the way I was playing! I’ve had a great season, but yesterday’s performance was just not acceptable and after playing so well over the last year it was even tougher to handle.”

Meanwhile there was drama on the other table as Northern Ireland’s top 16 seed Mark Allen came back from behind to beat Jimmy Robertson 10-8 in a close encounter. 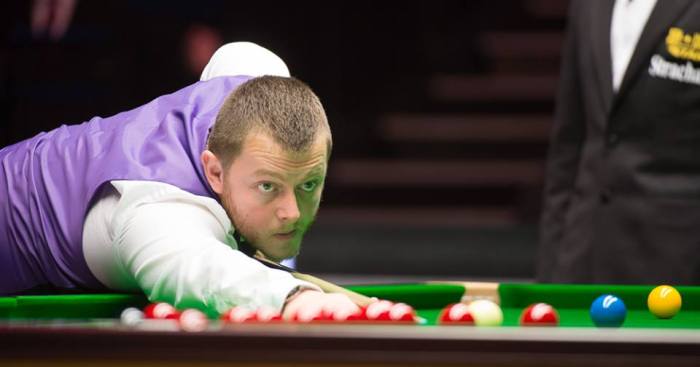 From leading 5-4 after Sunday’s opening session, Allen then went onto trail the qualifier 7-6.

But the two-times World Open winner hit back to secure a place in the next round.

3 thoughts on “Fu pulls off remarkable comeback to stun Brecel”