RONNIE O’SULLIVAN booked his place in the second round of the International Championship after beating Xiao Guodong 6-4. 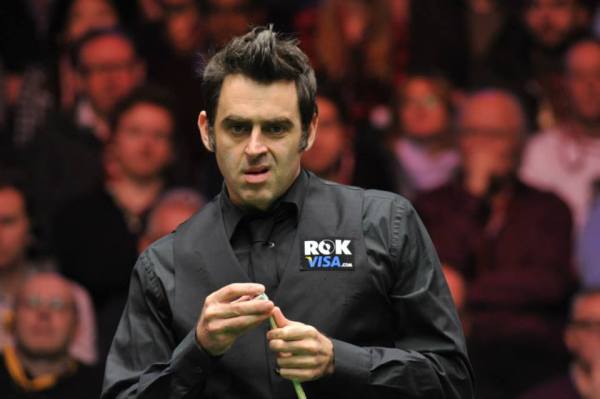 The Rocket, who is yet to win China’s biggest ranking event in the snooker calendar, made breaks of 137, 55, 78 and 71 in Daqing to secure victory.

Xiao threatened a comeback when he reduced his arrears from 3-1 to 5-4 but O’Sullivan ensured there would be no major shock turnaround.

The five-times world champion will next face Kurt Maflin for a place in the last 16 of the £125,000 top prize ranking event.

Elsewhere, John Higgins continued his defence of the title with a 6-3 win over Eden Sharav while English Open winner Liang Wenbo – for the second day running – was pushed to the limits as he defeated Chen Zifan in an eleven-frame thriller to progress into the second round.

China’s number one star Ding Junhui, who had to produce an epic comeback to defeat Mitchell Mann in the preliminary round, had a more straight-forward day of action beating David Grace 6-1.

Ding almost made a 147 during the routine victory but missed the final brown to deny him what would have been his seventh career maximum.

There was also a solid win for world number two Stuart Bingham who beat Zhang Jiankang 6-1 and the International Championship’s first ever winner Judd Trump began the competition with a 6-3 win over Yuan Sijun.

Welshman Daniel Wells, who beat Mark Allen in the preliminary round, continued his winning ways with an impressive 6-2 win over Stuart Carrington.