IT WAS sweet revenge for Ding Junhui as he clinched Shanghai Masters glory against the man who broke his heart in the World Championship final just four months ago. 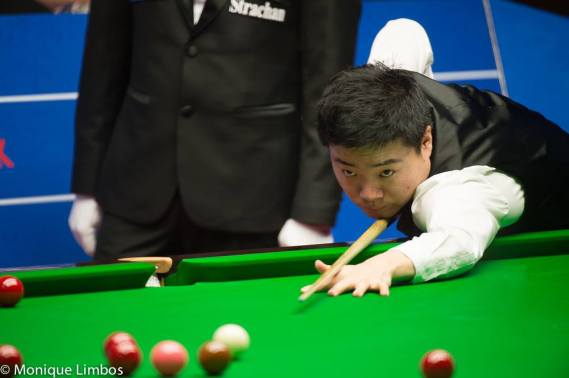 Home-favourite Ding became the first ever double champion in Shanghai Masters history after he beat the reigning world champion Mark Selby 10-6 in an absorbing final.

This was Ding’s second Shanghai title after he first won it three years ago when he beat fellow countryman Xiao Guodong in World Snooker’s first ever all-Chinese ranking final.

Today’s (Sunday) hard-earned but deserved victory earned China’s number one star his first ranking title since April 2014 and lifted him to number six in the world rankings.

And it appears Ding is back to his best marking the end of a disappointing two-year spell which saw him without a major trophy to his name.

His good run of form started earlier this year when he reached the final of the World Championship only to lose to Selby in the grand final 18-14.

Though victory today and his success in the Six Reds World Championship earlier this month, seems to have put an end to possibly Ding’s most torrent time on the green baize.

But, as he experienced in the Crucible back in May in what was the biggest match of his life, Ding must have thought he was in for another night of disappointment against the world number one after he trailed 3-1 from the first mini-session.

But the restart saw the beginning of a major turnaround as Ding won the next five frames to take a commanding 6-3 lead at the halfway stage.

However, Selby turned his three-frame deficit back towards parity due to a brilliant start to the evening session as breaks of 76, 102 and 53.

But for the reigning world champion, that was to be his last joy of the match as Ding then took the next four frames to complete a huge win.