COMEBACK star John Astley is making a good early impression back on the big stage after reaching the quarter-finals of his first major ranking event since regaining his tour card. 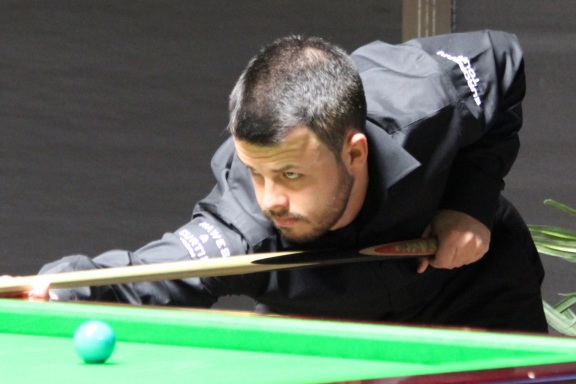 Just weeks after securing a two-year wildcard via Q School, Astley has made it through to the last eight of the season’s first major event – the Riga Masters.

Impressive wins against Joe Perry, Andy Hicks and Jimmy Robertson mean the 27-year-old is through to the final day of the £37,500 top prize event.

Recently Astley starred in the theatre when snooker play ‘The Nap’ was performed at the Crucible Theatre in the run up to the World Championship. And he will hope to be putting on another big performance on Friday when he takes on former world champion Mark Williams for a place in the semi-finals.

Welshman Williams secured his place in the last eight with wins over Jak Jones and Ali Carter.

Meanwhile former Welshman Darren Morgan is rolling back the years by reaching the quarter-finals. Competing as an amateur in this event, Morgan is now just a few more wins from what would be an historic title win after he beat Zhao Xintong and Ken Doherty in a final frame decider.

However some of the top ranked players will be licking their lips knowing another trophy is not far away from their grasps.

The likes of Neil Robertson and Judd Trump are still in contention for glory and will face each other for a place in the last four.

And Michael Holt followed up his impressive first round win over Mark Selby by beating both Ian Burns and Stuart Bingham.

The remaining quarter-finalists are Xiao Guodong and Scotland’s Anthony McGill.