Michael ‘The Hitman’ Holt delivered a knock-out blow and caused one of the upsets of the season to beat Ronnie O’Sullivan on the opening day of the World Grand Prix.

Despite coming back from 3-0 down to force a decider, recent Welsh Open winner O’Sullivan could not stop Holt from winning the all-important final frame which earn him one of his finest wins of his professional career. 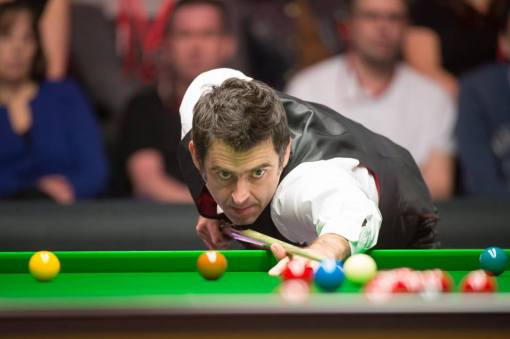 O’Sullivan came to the tournament as the odds-on favourite after winning the Masters and the Welsh Open with relative ease in recent months.

But Nottingham’s Holt produced his best display of the campaign to record his second career victory over O’Sullivan and his first on UK television.

Top breaks of 88 and 119 steered Holt into a shock 3-0 lead before O’Sullivan hit back winning three frames on the bounce.

But a safety error from the five-times world champion at a crucial part of the final frame handed Holt a golden opportunity to score the points needed to kills the game off, which he made no mistake.

A delighted Holt said: “He’s (O’Sullivan) the best player in the world and it’s great to beat him in a high quality match. I know I can play like that, I just need to produce it more consistently.

“I expected him to come back at me from 3-0 and I didn’t get many chances until 3-3. Then I composed myself well in the last frame to knock the balls in. I’m only in the last 16 so I’m going to be very boring and say I’ve just got to concentrate on my next game.”

O’Sullivan, who is likely to take a short break away from the game before the World Championships in April,  admitted Holt deserved the win.

“My game just wasn’t strong enough to over-ride whatever Michael was doing,” he said. “He scored well and I didn’t get much of a look in for the first three frames. He deserved to win.”

There was delight for former world champion Ebdon when he turned around a 2-1 deficit to clinch an impressive win against this season’s UK champion Robertson.

Despite the Australian gaining momentum by taking the match to a decider, it was Ebdon who created an upset by knocking in an excellent break of 69 to reach the second round.

Elsewhere, John Higgins, who finished the top earner during the qualification process of this event, stormed to a 4-0 win over fellow Scot Stephen Maguire with breaks of 92, 54, 69 and 79.

Ding Junhui’s hopes of landing a major ranking title once again were boosted after he fought his way to a 4-3 win over Ben Woollaston.

China’s number one, who has not won a major ranking event in almost two years, needs several wins in the coming weeks to climb back into the top sixteen of the provisional rankings. Failure to do so between now and the China Open will mean Ding will have to qualify to reach the TV stages of the World Championship. 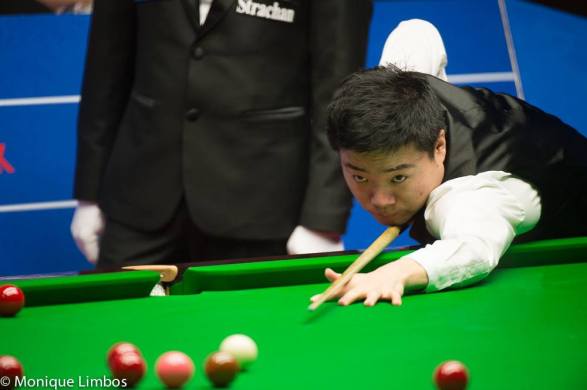