LADIES snooker star Reanne Evans earned another title to her name after she was crowned the winner of the Eden Classic, losing only two frames in the process. 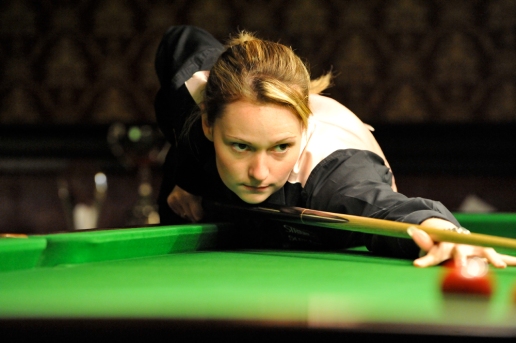 Evans, who has won the Ladies World Championship ten times, defeated the reigning world champion Ng On Yee 5-1 in the final.

The tournament, a regular event in the Ladies season calendar, was held over the weekend at the North East Derbyshire Snooker Club in Chesterfield.

Dudley’s Evans, who played former world champion Ken Doherty in the World Championship Qualifiers last year, beat Laura Evans 4-1 in the semi-finals and Sharon Kaur in the quarter-finals. In the round robin stage she won all four matches without losing a frame.

Other winners at the event included Yana Shut who took home the under-21 trophy, Vicky Shirley who won the Plate title and Sharon Kaur was crowned the senior event winner.

The next Ladies Snooker is the big one – the World Championship – which will be held between March 31 and April 5 at the Northern Snooker Centre in Leeds.