JOHN Higgins will face David Gilbert in this year’s International Championship final after he continued his fine run of form to beat Mark Selby in the semi-finals.

The four times world champion stands just one win away from winning his second major ranking title of the season after triumphing in Australia earlier this year. 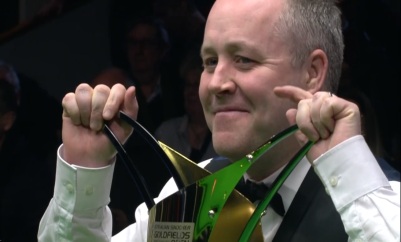 The Scot appears to be back to his best after suffering one of his worst spells of his career in recent years.

A long run of disappointing results and early exits in big events came to an end when he won the Welsh Open in February. His victory over Ben Woollaston in the final ended a spell of more than two years without major silverware to his name – his last major title before then came in 2012.

Several months later saw more success came his way Down Under after beating Martin Gould 9-8 to win the Australian title for the first time.

And Higgins has continued his winning ways this week which has now included a 6-0 win against Shaun Murphy and now victory over the world’s number one player.

Higgins dominated the opening stages as breaks of 56 and 101 helped him to a 3-0 lead early on.

Selby won the fourth frame but Higgins continued his domination to take a 5-1 lead in the race-to-eight semi-final.

The Leicester star fought back winning the next two frames to make it 5-3 but there was no stopping Higgins in the final session who won the opening three frames to go 8-3 ahead.

Selby won the next frame but Higgins booked his place in the final in the next, sealing an impressive 9-4 victory. 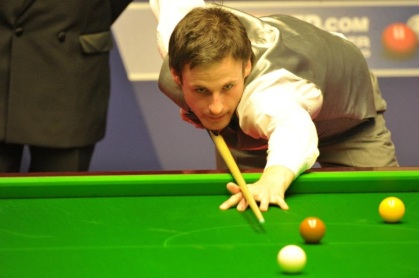 The 34-year-old is in the form of his life after recently making the semi-finals of the European Tour event in Mulheim earlier this month.

After the first six frames were shared, Gilbert – ranked 40 in the world – stormed to an 8-3 lead against this season’s Six Reds world champion before securing a 9-5 win.

One thought on “Higgins and Gilbert to contest final”