Here are the main points from this week’s International Championship qualifiers held in Barnsley.

Trump won the inaugural International Championship three years ago but his surprise loss on Saturday night means he won’t be taking part in the event which kicks off in three weeks time in Daqing. The tournament, with a top prize of £125,000, is the biggest ranking event in the snooker calendar outside the UK.

With Ronnie O’Sullivan earlier confirming he won’t be playing in the tournament, the huge event will not feature two of the most naturally gifted players on the world circuit. 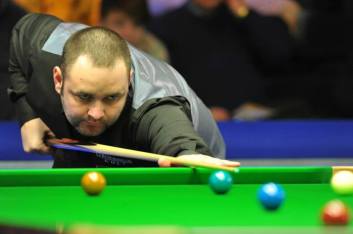 Trump was the biggest casualty in Barnsley this week but it also proved a disappointing one for Stephen Maguire and Mark Davis.

World number 15 Maguire, the winner of five ranking titles, was drubbed 6-1 by Thailand’s Noppon Saengkham and Davis, ranked 18 in the world, let a 5-3 lead slip against 39-year-old Lee Walker. 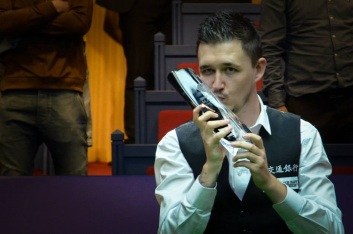 After securing his breakthrough in Shanghai, not many will want to face the 23-year-old who is in the form of his life. Wilson now will have to deal with life in the spotlight given the success he has had – on that basis the International Championship will be a stern test. 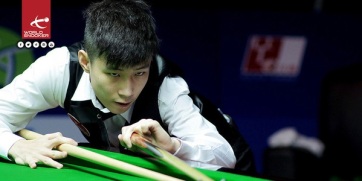 Though Barnsley proved forgettable for the likes of Judd Trump and Stephen Maguire, one teenager certainly won’t forget his time there.

Chinese amateur star Zhao Xintong, 18, showed more signs of his promising talent by thrashing professional Stuart Carrington – a player who reached the Crucible for the first time this year.

The wonder kid has already beaten established pros including Marco Fu, Ken Doherty and Jack Lisowski and to beat Carrington the way he did certainly shows a promising future lies ahead.

He missed out on gaining a place on the world tour by just a single frame back in May after he lost in the final round of Q School. But being so high up on the Q School order of the merit has given him a chance to compete on the big stage – which he is taking full advantage of.

And judging by his performance this week and others in recent seasons, this may not be the last time the snooker world hears from him.

Subject to wildcard rounds being announced, Zhao’s reward is a first round tie against John Higgins which could make for a cracking tie. 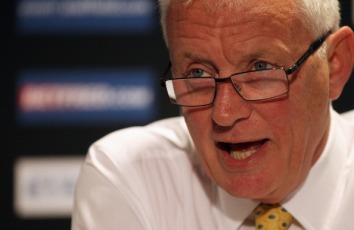 Much of the talk during this week’s qualifiers has focused on the current structure of the tour with world number six Shaun Murphy reigniting the issue with his latest blog.

Murphy, who reached the world championship final back in May, called for changes to be made with the current crop of 128 players split into two divisions of 64 – the top half making the proper snooker tour and the remaining 64 making up for a challenge tour in which players can gain promotion onto the main tour season by season.

But on Twitter World snooker chairman Barry hearn insisted no changes would be made, saying the current system is working well despite being ‘brutal’ for players. He claimed the results in Barnsley this week are proof the system is working well with more than a dozen unseeded players making it through to the venue stages.

6. The first round draw provides some fascinating matches

Despite no Judd Trump or Ronnie O’Sullivan in sight, the first round of the International Championship does have some intriguing matches to look forward to.

All these matches are subject to the tournament’s wildcard round of course, but there are a number of games which appear to be pleasing on the eye.

Shanghai Masters winner Kyren Wilson will have a stern start when he takes on Jamie Cope – a player who seems to be back to his best after a horrid few years on the baize.

As mentioned earlier Zhao Xintong’s clash with John Higgins will be an interesting one to follow and there is also potentially another battle between Dechawat Poomjaeng and Michael White.

When the pair last met in the second round of the 2013 World Championship, Poomjaeng incredibly lost a frame by fouling on a red three times in succession – see the video above. White went onto win the match comfortably before losing out in the quarter-finals.

The draw in full is below but is subject to change with the wildcard round fixtures yet to be announced.