ISLE of Man’s Darryl Hill produced the biggest win of his career after he defeated world number 19 Robert Milkins to reach his first major ranking event.

The 19-year, who won this year’s European Under 21 Championship, will travel to Daqing in China later this month to compete in the International Championship after he beat Milkins 6-4 in Barnsley earlier today (Thursday). 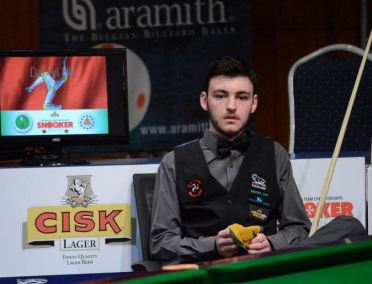 Away from the game Hill, who is playing his first season as a professional player following his U21 triumph earlier this year, has worked at a Cat Sanctuary for several years and he showed early signs of what he is capable of by clawing his way to his biggest victory yet on the big stage.

From 2-1 down, Hill won four of the next five frames to put him in strong contention for a memorable win against the man who last year reached the semi-finals of the competition – the sport’s biggest ranking event outside the UK.

Milkins won the ninth frame to reduce his deficit to 5-4 but Hill won the next frame to clinch the match. The win also made for bitter sweet revenge for Hill  after Milkins defeated him 10-6 in the World Championship Qualifiers in April.

Milkins was not the only top 20 player to miss out on this year’s International Championship after Stephen Maguire suffered a surprising 6-2 defeat to Thailand’s Noppon Saengkham.

Maguire, ranked world number 15, became the biggest casualty of the qualifiers so far after Saengkham won six out of seven frames to defeat the five-times ranking event winner. 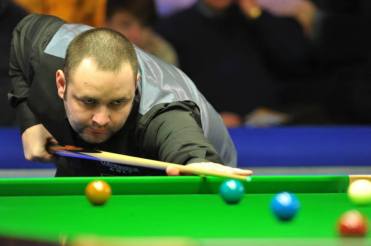 Elsewhere, Ali Carter and Barry Hawkins eased through the qualifying round with 6-0 wins against Luke Simmonds and Rhys Clark respectively. Matthew Stevens also sailed through without losing a frame, beating Fraser Patrick 6-0.

Jamie Cope showed more signs of his game coming back together after a 6-2 win over Anthony Hamilton and Sean O’Sullivan, playing his first season back on the pro circuit, sealed his place in the tournament with a 6-3 win over Robin Hull.

Marco Fu, who was just one frame away from winning the International Championship two years ago. booked his place in the last 64 stage with a 6-2 win over Paul Davison.