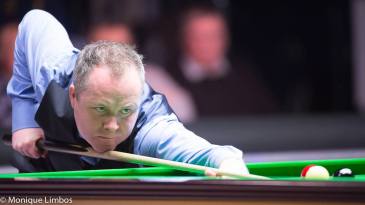 JOHN Higgins and Martin Gould will face each other in Sunday’s Australian Open final after both men won their semi-final matches in contrasting ways.

Four times world champion Higgins was made to do it the hard way in Bendigo after he came back fro 4-0 down against Welshman Jamie Jones to seal his place in the first major ranking final of the season.

However Gould made certain of reaching his second major ranking final of his career after an impressive display saw him defeat Stephen Maguire 6-1. Victory on Sunday will give the world number 26 his first major ranking title.

Higgins’ comeback victory means he stands just one win away from claiming his 27th career ranking title and continues an impressive 2015 for the Scot having won the Welsh Open four months ago – a win that ended a torrid time on the snooker table which saw him without a major trophy for more than two years.

But the win did not look likely at all after the first four frames which was dominated by Jones who was looking to reach his first major ranking final. Breaks of 78, 51 and 96 helped put Jones in the driving seat.

Higgins hit back with runs of 134 and 89 in taking the next three frames, then stole a crucial eighth with a 45 clearance to level the scores at 4-4. The Scot then made a superb 133 to take the lead before sealing victory in the next with a 92.

Gould, whose last reached a major ranking final in the 2012 Players Championship, eased into a 4-0 lead over Maguire with top runs of 54, 82 and 87.

Maguire, who yesterday beat defending champion Judd Trump, pulled one back with a 61, but scored just one point in the last two frames as Gould sailed through, sealing victory with a break of 100.

Sunday’s final will see the winner receive $75,000 and will be a race to nine frames. It will also be the first time Higgins and Gould have faced each other in a major ranking event. 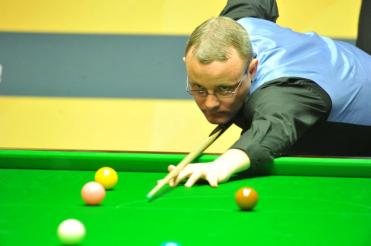