RONNIE O’SULLIVAN admitted the best man won after he was knocked out of this year’s World Championship by Stuart Bingham.

The world number two star has appeared in the last three World Championship finals but that will not be the case this year after Bingham won five frames on the bounce to beat him 13-9.

It’s been a tournament which has seen O’Sullivan fail to reach the performance heights he has set in recent years, especially when he won his fourth and fifth world titles in 2012 and 2013 respectively.

Have other players caught up or has O’Sullivan dropped his performance level? It certainly is a question which is up for debate but O’Sullivan had no complaints when addressing the media after the match.

“I was outplayed – it was there for everyone to see,” he told World Snooker’s official website.

“I was trying my hardest out there but you can’t start looking for form. I made so many unforced errors and these days you get punished by all the players because they’re really sharp.

“Stuart has been playing some great snooker for the last four or five years. Tonight he was fantastic and there wasn’t a lot I could do. I was just way off the pace and he just pushed me around. I felt the second best player all the way through the match.” 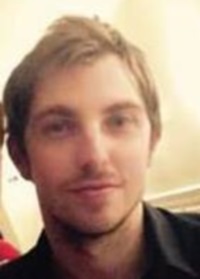 O’SULLIVAN’s latest defeat may seem to some as a huge shock but it really shouldn’t be.

Despite winning the UK Championship in December, O’Sullivan has failed to kick on in 2015. Whether he has dropped the pace or others have caught up on him is anyone’s guess but the facts are he is far more beatable now than in recent times.

There could be a number of reasons for this but I think it is fair to say snooker is a much more open field now than when we saw O’Sullivan lifting world titles number four and five.

Questions were raised after he lost the World Grand Prix final to Judd Trump last month with snooker TV pundit Neal Foulds stated at the time O’Sullivan was not playing well enough to win the World Championship – in the end he was proved right.

What has been a disappointment is seeing O’Sullivan, at times, back to his naughty old ways during this tournament – making the headlines for the wrong reasons and not his brilliant snooker.

In the first round it was reported he could face a wrath with World Snooker after playing part of a frame in his socks. During the second round clash against Matthew Stevens he was warned by the referee over an apparent gesture he made to the crowd and then the ‘chalkgate’ incident on Tuesday.

But what disappointed me more was hearing O’Sullivan speaking in a TV interview after just beating Stevens to make the quarter-finals.

When asked how hungry he was to try and win a sixth world title on his return to the Crucible, O’Sullivan played it down and said to the effect he did not feel motivated to win another title.

I hope this was just O’Sullivan playing mind games because you would hope playing in the World Championship, no matter how many times you’ve won it before, would inspire the player to achieve more glory.

As we’ve seen several times before O’Sullivan is great at proving the critics wrong. There is no question he has the game for more titles. His comeback later this year will make for interesting viewing.

A deserved victory for Bingham has blew the tournament wide open which will make for compelling viewing.