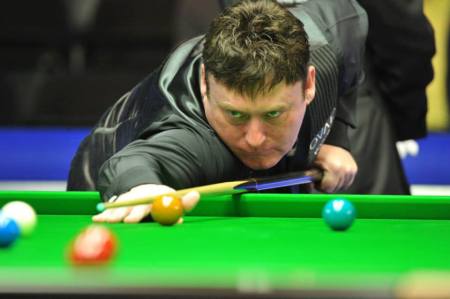 JIMMY WHITE’S return to the Crucible Theatre will have to wait for at least another year after he let a huge lead slip before losing his second World Championship qualifier to Matthew Selt.

The popular six-times finalist has not played at the home of snooker since losing to David Gray in the first round of the World Championship in 2006.

But the Whirlwind looked on course to reach the final qualifying round for this year’s event after taking a 7-2 lead going into the evening’s session.

However a night of promise for White and his supporters failed to live up to expectation as Selt hit back winning eight of the next nine frames to clinch a 10-8 win.

The day also proved one to forget for six-times winner Steve Davis whose chances of a Crucible comeback were put to the sword by in-form Kurt Maflin who clinched a massive 10-1 win.

Gary Wilson, who just a fortnight ago was on route to reaching the China Open final, also missed out on a debut appearance at the Crucible after he fell to a 10-7 defeat to China’s Li Hang.

Adam Duffy, who is not listed on the main tour following his relegation from the main tour last season, could still make a surprise appearance in the TV stages of the World Championship after beating Sam Baird 10-7.

Ten-times World Ladies champion Reanne Evans produced one of her best displays of her career but it proved not enough as she fell to an agonising 10-8 defeat to former world champion Ken Doherty..

Tuesday and Wednesday will see 32 players battle it out to secure a place in the last 32 of the World Championship in the final round of qualifiers.