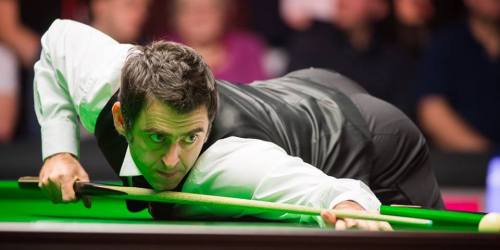 RONNIE O’Sullivan has pulled out of next week’s China Open for health reasons.

O’Sullivan was due to meet either Robin Hull or Yan Bingtao in his opening match in Beijing on the evening of Tuesday March 31, so the winner of that match will receive a bye to the last 32 stage of the major ranking event.

The five-times world champion defeated Belgian talent Luca Brecel 5-1 in the qualifying round last month but has decided not to enter the tournament any further. O’Sullivan was last in action when he lost 10-7 to Judd Trump in the final of the World Grand Prix in Wales.

A brief statement on his website – http://www.ronnieosullivan.com – states: “Unfortunately, health problems forced Ronnie to withdraw before the television stage.”

The China Open begins on Monday (March 30) and as usual is the last major event in the snooker calender before the start of the World Championships in Sheffield.

Reigning champion Ding Junhui, who has not yet won any silverware since June last year, faces Marcus Campbell in the opening round. Campbell badly needs a good run of a form between now and the end of the season if he is to have a chance of keeping his place on the main tour next season.