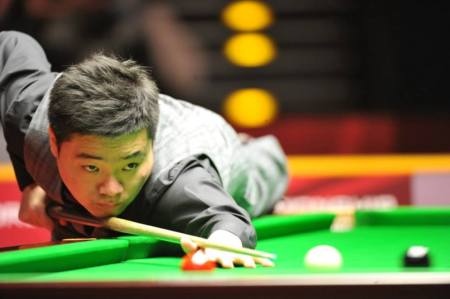 DING Junhui’s poor season on the baize continued as he suffered a surprise first round exit in the Welsh Open.

China’s number one star crashed out of the tournament he won in 2012 after losing 4-1 to Welshman Lee Walker – ranked 115 in the world.

The defeat is his latest setback of what has been a disappointing season having been knocked out of the UK Championship, International Championship, Masters and German Masters within the opening few rounds. Only a semi-final run in this season’s Shanghai Masters is the best he has achieved in major events so far this season.

However, Walker failed to build on his memorable win after losing 4-2 to England’s Michael Georgiou in the second round.

The second day of the Welsh Open saw world number one and recent German Masters champion Mark Selby made it through to the last 32 stage after wins over Alex Davies and Marcus Campbell.

Selby will next face former world champion Peter Ebdon after he progressed to the third round with wins over Tony Drago and Jimmy Robertson.