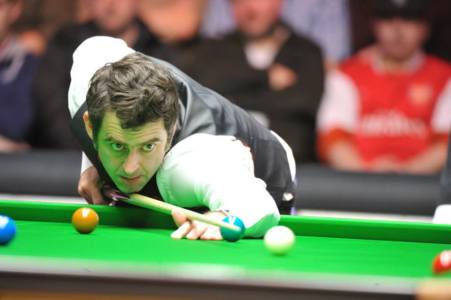 IN A NEW series of articles called Cue-Psych, The Old Green Baize explores the psychology elements of snooker and how they can be used in many different ways and situations in the game.

In our second article of the series, Scott Hassall from psychology consultancy Thought Sport assesses how the brains and expertise of Dr Steve Peters has helped bring the best out of Ronnie O’Sullivan in recent times.

NEWLY crowned champion of champions Ronnie O’Sullivan looked like a man in complete control all the way through the tournament, producing a fantastic display of snooker and running out a worthy winner.

However the new look O’Sullivan is a far cry away from the man he was eight years ago when we walked out mid-match against Stephen Hendry at the UK Championship. One of the main reasons for Ronnie’s new found discipline and focus is the work he has done with Dr Steve Peters who has helped turn him into something of an unstoppable force in recent times.

Ronnie started working with Dr Peters in 2011 and they have developed a good working relationship and enjoyed a considerable amount of success. Dr Peters has worked with the mental side of O’Sullivan’s game but they have also put other measures in place to help the five-times world champion, such as being selective about the amount of events Ronnie plays during a season, allowing him time to enjoy his hobby of running, something that considerably helps his mood.

Dr Peters has famously been using the ‘Chimp Paradox’ when working with Ronnie to great effect, helping O’Sullivan to cage his chimp. The chimp paradox proposes the brain is made up of three distinct teams.

The first team is you, ‘the human’. You are a conscious thinking analysing being that works with facts and truth and then makes deductions using logical thinking.

The second team is ‘the Chimp’, an independent thinking brain that is not under your control. It works with feelings and impressions and then puts the ‘information’ together using emotional thinking. 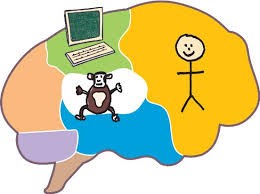 Finally there is ‘the computer’, something at the disposal of the Human and Chimp to put information into for reference. It acts as a memory and can also act as an automatic thinking and acting machine that is programmed to take over if the Chimp or Human is asleep or if they allow it to run ahead of them with preformed decisions and beliefs that it can act with. The chimp’s brain is much stronger, meaning it usually gets to the computer first and fills it full of feelings and impressions, meaning when the human looks at the computer it uses what the chimp has programmed in, leading to unwanted feelings.

Dr Peters aim with clients is to enable the human to use the computer before the chimp and fill it full of constructive helpful beliefs, values you hold and beliefs you stand for, then when the chimp goes to do anything, it looks in the computer and stops, meaning that it is the computer that eventually holds the power.

Eventually once the computer has enough of the right values imputed into it, then the chimp will no longer be giving the human brain any problems because when it goes to access the computer it is met with the logical and reasonable information that the human has fed into it, forcing the chimp to be stopped in its tracks.

Dr Peters acknowledges that being able to do this takes time, effort and skill, but once achieved can be the key to being a more happy and successful athlete, demonstrated by the work he has done with Sir Chris Hoy, Victoria Pendleton and of course, O’Sullivan.

Ronnie is now in a position where he can cage his chimp when needed, enabling him to fully focus and enjoy his snooker whilst being able to considerably manage his emotions better because he is now listening to the human inside him rather than his chimp.

No one has ever doubted the talent of O’Sullivan, with many arguing he is the best player to ever grace the baize, therefore if he continues his work with Dr Peters and is able to become even better at managing the events he plays in along with his inner chimp then there is no doubt he could become one of, if not the greatest of all time.