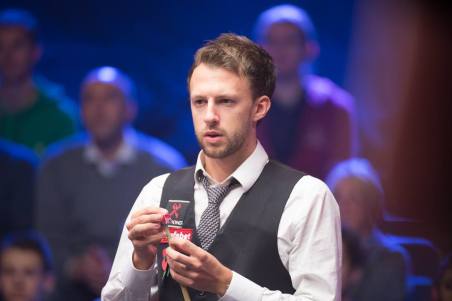 JUDD Trump was at his dazzling best in Coventry today (Tuesday) as he thumped both Mark Selby and Stephen Maguire to reach the semi-finals of the Champion of Champions.

This season’s Australian Open winner was too hot to handle for reigning world champion Selby as three 50+ breaks and a fine century break ended an impressive day for the Bristol star.

Earlier in the day, Trump hit a break of more than 50 in every frame as he beat Maguire 4-1 to face Selby in the quarter-final clash who had beaten Steve Davis by the same scoreline in the day’s opening match.

After his dominant display against Maguire, Trump continued from where he left off in the afternoon and was 2-0 ahead after just 30 minutes of action.

Selby took the third frame but Trump hit back with breaks of 38 and 37 in the fourth to restore his two frame advantage. A 68 break in the next did the damage before runs of 70 and a fluent 119 closed out the match in style.

Tomorrow (Wednesday) the tournament’s defending champion Ronnie O’Sullivan will face an afternoon showdown against Stuart Bingham – the man he beat in last year’s final. The other afternoon group match sees Shaun Murphy up against Hong Kong’s Marco Fu before both winners meet in the evening session.