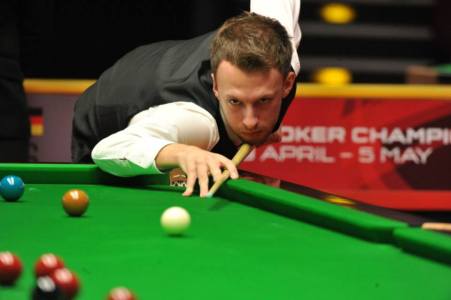 JUDD Trump got his hands on major silverware for the first time in more than 18 months after he beat home favourite Neil Robertson to lift the Australian Open title.

In a cagey contest, Trump came out on top winning 9-5 – a result which saw him win his first major ranking event since November 2012 and take the jackpot cash prize of more than £41,000.

The win denied new world number one Robertson a fairytale ending to the week as his hopes of winning his home tournament for the first time were dashed for at least another year.

This was the pair’s first meeting since the epic World Championship quarter-final two months ago which saw Robertson come back from behind and at the same time make his historic 100th century break of the season.

Trump’s victory in Bendigo today (Sunday) maybe seen as revenge for that Crucible encounter but the world number six will be more thrilled to be putting trophies back into the cabinet after a frustrating period on the baize.

But now the talented Bristol star can look forward with a major trophy to his name once again. The win secured him a place at this year’s Champion of Champions event

After the first six frames were shared, Trump began to take control of proceedings as breaks of 55 and then 114 earned him a 5-3 lead going into the final session.

And Trump’s brilliant finish to the first session continued after the break when he moved to a three frame lead when he cleared from blue to black in a close-fought frame.

Another scrappy frame was won by Trump before he compiled his second century break of the match to stretch his lead even further at 8-3 and go within one frame away from the trophy.

Robertson refused to give in easily taking the next two frames to keep his slim hopes alive at just 8-5 down.

And the Australian had chances in the next frame but could not take advantage as Trump potted the final blue to seal the match.