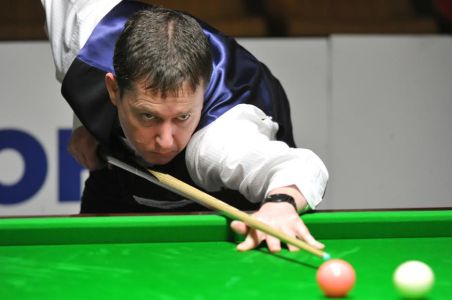 MIKE Dunn’s chances of retaining his tour card for next season appeared to be slimming as each day went by before the China Open got underway earlier this week.

But thanks to a brilliant and career-best run from the Redcar potter in Beijing he now stands in a great position to do so after he reached the quarter-finals.

Dunn beat Craig Steadman 5-3 earlier today to earn a place in his first major quarter-final of his playing career.

But possible more importantly than reaching the last eight in the penultimate major of the season, the win has climbed Dunn above the top 64 of the end-of-season money list rankings – meaning he currently is in line to retain his professional status next season.

On Sunday, Dunn trailed the top 64 requirement by more than £2,000 and knew he needed to go on a run in either the China Open or the upcoming World Championship Qualifiers to have any realistic hope of surviving the dreaded drop off the tour.

Dunn will play Mark Selby on Friday for a place in the semi-finals after the Jester from Leicester ended Jimmy White’s impressive run with a 5-1 win.

Don't care what happens against Selby tomorrow , even if I get battered 5-0 I am over the moon with this tournament and trip.

Elsewhere, Neil Robertson’s roller coaster ride at the China Open continued to gather pace as he came back from behind to beat China’s Yu Delu. Remarkably, the Australian has won all his matches this 5-4 beating Anthony Hamilton and Mark Williams in previous rounds.

Ding Junhui’s bid to equal the record of winning five major events in one season continued to gather pace as he reached the last eight following a 5-2 win over John Higgins.

China’s number one will next face Mark King who ended an impressive week from world number 94 Jamie O’Neill, beating him 5-3.

The remaining quarter-final will be between Ali Carter and Ricky Walden who beat Peter Ebdon and Shaun Murphy respectively.